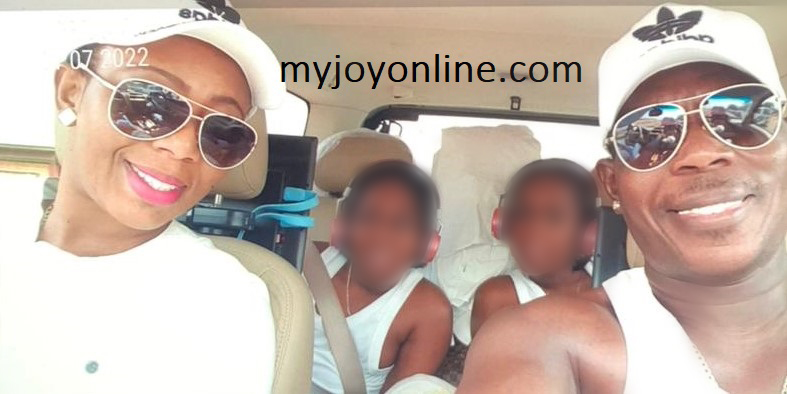 Two youngsters whose returnee parents died under bizarre circumstances have been crying all day since news of the death of their parents was broken to them.

Psychologists, police officers and medical doctors at the Abuakwa Polyclinic joined some family members to inform the boys of the death.

The development, according to the medical team, has affected the health of the two who were due for discharge this week.

The bodies of Mr and Mrs Jackson who returned from the Netherlands were discovered in the family’s Plot 10 apartment at Atwima Maakro.

Their two children, aged 11 and 13, locked up in the apartment with their parents were rescued by the police in an unconscious state.

The children have been recuperating at the Abuakwa Polyclinic where a team of medical doctors and psychologists from the Ghana Psychological Association and the Police have been taking care of them.

But the medical team on Monday broke the news of the demise of Mr. and Mrs. Jackson to their children.

The children broke down accusing their parents of disappointing them.

The grandmother of the children, Lydia Boakye Benson was with the team that broke the news to the boys.

“They said mum, papa, you have disappointed us. Why? Why death? Mummy why?

The two youngsters have been on admission at the Abuakwa Polyclinic since police rescued them in July.

With the support of some benevolent Ghanaians, the families have been providing the needs of the children.

According to Madam Benson, it’s not been easy taking care of the needs of the children who are not conversant with Ghanaian meals.

“We have received one form of assistance or the other from some benevolent people including doctors. They have helped in so many ways.

Some pastors have helped us too with prayers as we continue to search for loans for their upkeep. It is our hope they will survive this by grace of God,” she said.

Meanwhile, the doctors say the children have been responding to treatment.

DISCLAIMER: The Views, Comments, Opinions, Contributions and Statements made by Readers and Contributors on this platform do not necessarily represent the views or policy of Multimedia Group Limited.
Tags:
Abuakwa police
Couple dead
Decomposing bodies
Psychological Association of Ghana
Traumatized children