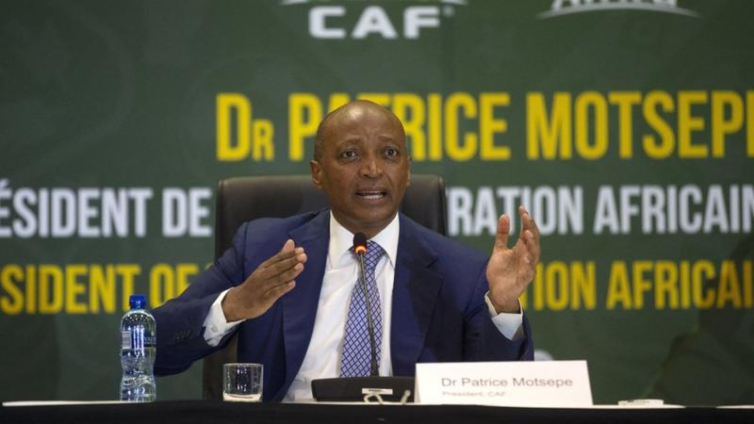 President of the Confederation of African Football (CAF) Patrice Motsepe says corporate institutions are unwilling to partner with the continent’s football governing body.

“Going through the agenda of today, there are some problems,” Motsepe can be heard telling members of the Executive Committee, in Kigali, Rwanda in an audio obtained by JoySports.

The Mamelodi Sundowns owner, brought in to replace banned former President Ahmad Ahmad in a no-vote contest in March earlier this year, his duty is to stabilise the leaking finances of the federation and restore its murky reputation.

The allegations of financial misappropriation, abuse of office, and conflict of interest led to arrest of former President, Ahmad Ahmad in 2019.

The continental football governing body since then, has struggled to win public confidence. Patrice Motsepe, identified as the man to restore CAF’s image, says, his culture of leadership is being honest, and that includes telling members he has been asked by potential partners to ‘clean his house’ due to a perception of wrong doing by his predecessors.

“…part of my culture of leadership is to tell the truth and to bring the problems and challenges to all of you.”

Identified as the man to attract sponsorship and partners with the desire to reach the rest of Africa and the world commercially, Motsepe revealed to members that, it is becoming increasingly difficult to reach any conclusions any time soon with partners they intend to work with, attributing the difficulty to “court” actions and potential court actions and agreements deemed to have been concluded with due process.

“Have you seen the PwC audited documents?” Motsepe quizzed in reference to a new a interim audit by PwC presented to the CAF Executive Committee prior to the meeting in Kigali, and details of the document appears to have revealed agreements reached by CAF that have left the reputation of the federation in tatters.

“What I want to emphasise is that,” he continued “I have now spent so much time with the help and guidance of Gianni in almost all of those meetings with potential sponsors and partners, with people who we need to work with, and the message I received over and over again is ‘CAF is in court’ because there is a perception that certain agreements, certain contracts were concluded which were improper.

Engulfed in a plethora of legal issues for the termination of its Television rights deal with  France-based company Lagardere Sports and German sportswear apparel company, Puma potential partners, Motsepe are afraid of signing any commercial agreement with CAF for the fear of being caught in a similar web.

“The people who want to work with us and want to give us more resources are saying: ‘You have got to clean your house’ – and some have even said ‘We will find ourselves in court if we conclude agreements with you now when there are still these agreements – whether it is TV rights or contracts – which were done in a manner that is improper,” he said.

Motsepe concluded that, his decision to paint the current picture of the federation to members is to have them appreciate the work done, but started a definite action will be taken based on legal advice he is yet to receive.

“I just want to indicate to you that we are going to do what is required; I am going to do it legally, ethically, absolutely and take legal advice and make sure that this organisation is not just protected, but we get out of these arrangements that have compromised and lead to this organisation receiving to this current state.”

Motsepe’s comments were met with angry reactions from the previous Executive Committee, who disagreed with his position that, they played a role in ruining the reputation of CAF, JoySports sources said.