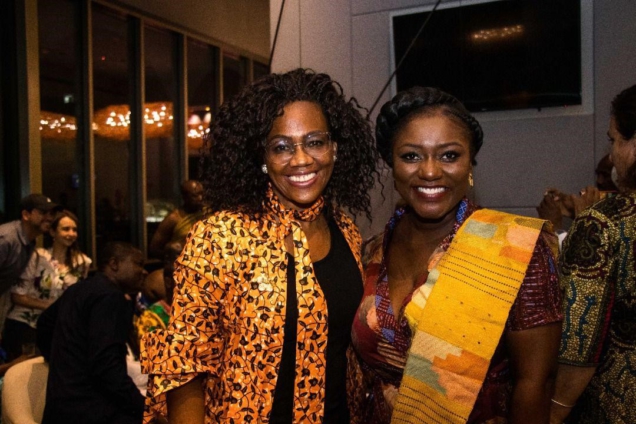 This is for their contributions towards the need for women to be recognised at all levels.

The two high-profile dignitaries will arrive in Ghana with a high-level delegation on Tuesday, April 19, 2022, for a working tour of the country, and are expected to receive the awards at a High-Level Diasporan Business Forum at the Kempinski Hotel Gold Coast City-Accra on Friday, April 22, 2022.

The forum will be attended by Ghanaian Vice President, Alhaji Mahammadu Bawumia and other government officials and businessmen.

“The two leaders could not attend the awards ceremony held in Accra on November 8, 2021, in person, though they participated virtually.

“Being present in Ghana at this time is a great opportunity to recognise the two,” GUBA Enterprise’s President and CEO, Dentaa Amoateng MBE said.

“Barr and Dr Kanem believe that the awards which celebrate the role of women and how courageous and resilience they have been especially in the pandemic and in the last century, resonate with the event’s theme, “Celebrating a Symbol of Courage and Resilience,” Dentaa added.

The 2021 GUBA Excellence Awards was dedicated to celebrating a century of the transition of Yaa Asantewaa, who was Queen Mother of Ejisu. She led the Asante army to fight the British in 1900.

The event which was on the theme, “Celebrating a Symbol of Courage and Resilience”, also recognised and celebrated the resilience of all African women in the last century and the contribution of Black women in the diaspora and Africa.

The event raised awareness of maternal mortality and called for measures to ensure safe child delivery across the continent.

In attendance were a host of dignitaries and personalities from various countries.

GUBA Enterprise is a social enterprise organisation dedicated to the advancement of diaspora Africans and Africans back home through various socio-economic programs and initiatives.