Couple leaves 5-year-old boy alone in the woods as punishment for wetting himself - MyJoyOnline.com 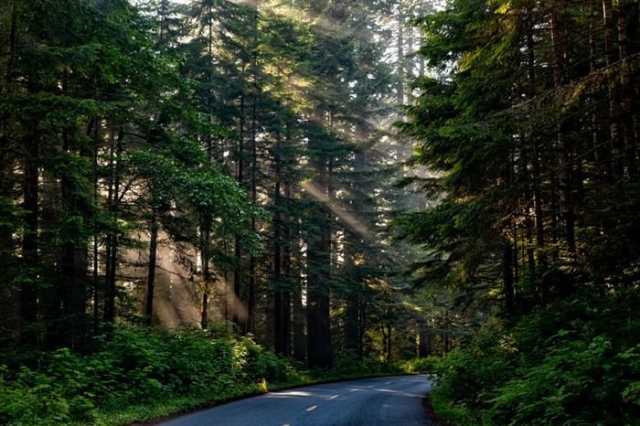 A Minnesota couple has been accused of abandoning a 5-year-old child in the woods as punishment for wetting his pants.

The couple did reportedly come back for the boy after driving away a short distance, but couldn’t find him.

Lynda Michel and Gregory Wilson can kiss away their chances of winning a parents-of-the-year award after showing off their parenting skills – or lack thereof – late last month when they left a young child all by himself in a forest to teach him a lesson after he reportedly wet himself.

The couple allegedly came back to get him after driving off a short distance, but the boy was nowhere to be found.

He was spotted by a motorist on Aug. 28 walking along a highway south of St. Peter in Minnesota, all wet and sobbing.

When asked by police how he had ended up all by himself, the 5-year-old said that he had been dropped off by his mom and dad because he had been “naughty”. Wilson, who is the child biological father, and his partner Michel were still searching for him when they were found by police, but they had yet to report his disappearance. A third adult, who was in the car when the couple abandoned the boy, told authorities that he had tried tried talking them out of it, but failed.

“Multiple black and blue and red bruises” were found on the boy’s back, buttocks and hips, indicating that he had been caused over a longer period of time. Wilson admitted to regularly spanking the boy with an open hand. He and his partner charges of gross misdemeanour malicious punishment of a child and misdemeanour domestic assault. The 5-year-old boy was taken into protective custody and is currently in foster care.

So the next time you feel like leaving your child all alone in the woods, no matter how naughty he\she is, don’t, just don’t!