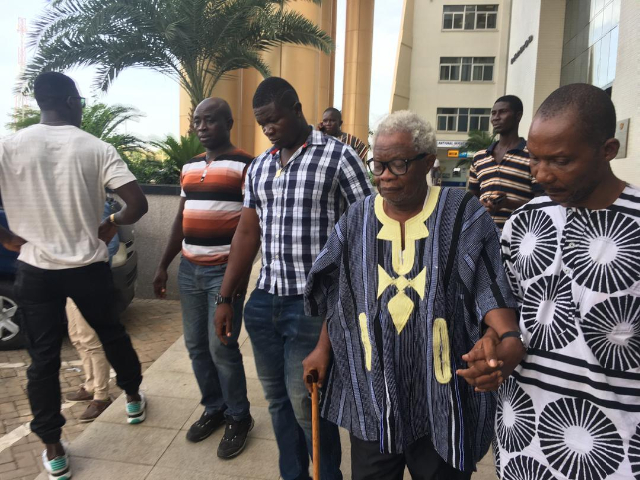 The Ho District Court has ordered the arrest of the leader of the Homeland Study Group Foundation (HSGF), Charles Kwame Kudzodzi and two others, over their unlawful declaration of the Volta Region as a sovereign state.

This was after five other members of the group were put before the court Wednesday, for taking part in the activity which announced that the Volta Region was now ‘Western Togoland’, AdomNews Mubarak Yakubu has reported.

The five have been charged with treason and have been remanded into prison custody until December 4, after the prosecution told the court that they would be needed to assist with investigations.

Earlier, spokesperson for the police in the Region, Corporal Prince Dogbatse told Adom News that the spouse and daughter of Kudzodzi were among some eleven persons arrested for the offence.

The police called for calm among residents of the region and maintained that Volta Region and the other areas being purported to have been seceded remain a part of Ghana.

The group, which has been championing the secession of parts of Ghana along the border with Togo, over the weekend declared independence for the territory they call ‘Western Togoland’.

The Homeland Study Group Foundation (HSGF) announced its separation on their official social media handles on Saturday, November 16, after a group meeting was held in Ho.

“Today the 16th of November 2019, the leader of Western Togoland independence Mr Charles Kormi Kudzodzi has announced the separation of Western Togoland from Ghana. He sighted numerous reasons as the bases for which the union that was not established must not be recognized. More information will soon reach the General public soon,” they wrote on Facebook.

The group, Homeland Study Group Foundation has been advocating the independence of former Western Togoland made up of Volta Region, Oti Region and parts of the North East Region, Northern Region and Upper East Region.

The region was a German colony but at the end of World War I, it was split in two and the Eastern side ceded to France and is present-day Togo.

The Western side was a British protectorate and voted in a plebiscite in 1956 to join Ghana which was about to be granted independence by Britain.

The Homeland Study Group Foundation argues that the agreement to join Ghana included forming a union in 50 years.

They claim the said union was never formed so since 2007, the group has been championing separation from Ghana.

Leaders of the group have been arrested in the past and released.

DISCLAIMER: The Views, Comments, Opinions, Contributions and Statements made by Readers and Contributors on this platform do not necessarily represent the views or policy of Multimedia Group Limited.
Tags:
Charles Kwame Kudzodzi
HSGF
Volta Secessionists