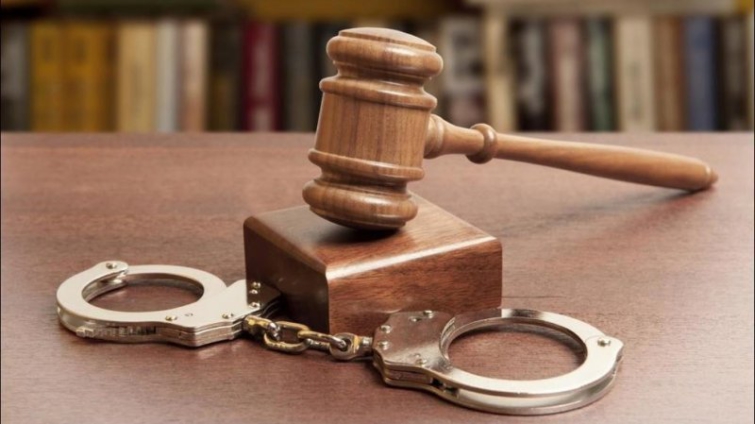 The Enchi District Magistrate court has sentenced a 20-year-old rickshaw rider to 24 months imprisonment in hard labor for stealing a royal motorbike with registration number M-16-AS-4029.

Samuel Ebbah, alias Gadafi, who pleaded guilty to the offence was recently jailed for committing a similar offence.

Before the presiding Judge, Mr Eric Baah Boateng delivered his judgement, Ebbah said “My Lord even the 24 months l already have on my neck, it is not easy oooo! If you give another 24 months l will collapse”

Ebbah’s accomplice who is 17-year old pleaded not guilty to abetment of crime and,is standing trial at the Juvenile court.

He said on November 20, this year, complainant parked his royal motorbike in front of his room and retired to bed.

Inspector Agyare said when the complainant got up the following morning around 0230 hours, he detected that his motorbike had been stolen.

Prosecution said investigation by the complainant revealed that Ebbah stole the motorbike.

The prosecution complainant then organized some witnesses who arrested Ebbah at Enchi-Elubo.

He said the convict admitted the crime and said he had released the motorbike to one Amoako to be used for commercial purposes.

Inspector Agyare said Ebbah was handed over to the Police where a formal complaint was made by the complainant.

He said on November 26, last year, the said Amoako was apprehended at Boinso where he confessed that the convict gave him the aforementioned motorbike to be used for commercial purposes, but while working, it developed a fault between Omanpe and Adjourm, where he left it.

The prosecution said Amoako then led the police to the site where the motorbike yet to be valued was retrieved.