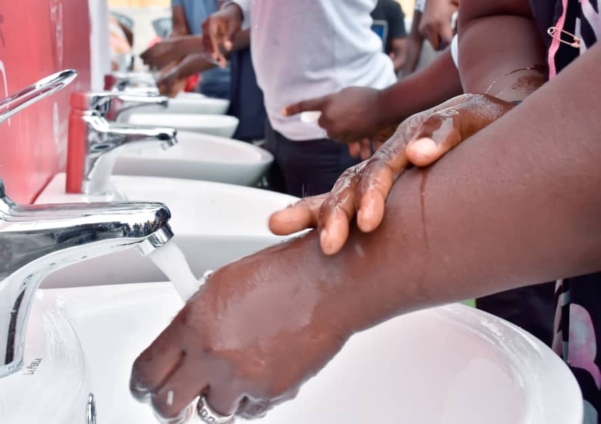 A severe household water shortage facing two out of five people in the world is undermining efforts to contain the coronavirus pandemic.

Frequent and thorough hand washing are among the most effective measures in restricting the spread of the virus because the primary routes of transmission are droplets and direct contact, according to the World Health Organization.

Yet, some 3 billion people don’t have access to running water and soap at home, and 4 billion suffer from severe water scarcity for at least one month a year, the United Nations group UN-Water said.

“It is a disastrous situation for people living without access to safe water and safely managed sanitation,” UN-Water Chair Gilbert F. Houngbo said in an interview.

“The chronic underinvestment has left billions vulnerable and we are now seeing the consequences.”

Years of deferred investments in clean water and sanitation are now putting everyone at risk as the virus spreads through developed and developing nations generating a cycle of infection and reinfection.

The world needs to spend $6.7 trillion on water infrastructure by 2030, according to the UN, not just for the urgent sanitation needs, but to tackle longer-term issues from the pandemic such as providing better irrigation to head off a potential food crisis, Houngbo said.

Some companies have stepped in to offer solutions for the most urgent problems. Japan’s Lixil Group Corp., which owns brands such as American Standard and Grohe, worked with Unicef and other partners to create an off-grid hand washing gadget that needs only a small amount of water in a bottle. For $1 million it will make 500,000 units in India to be donated to serve 2.5 million people before it starts retail sales.

It’s a rapid, short-term response to help fight the pandemic, but more sustainable investments are needed, such as installing piped water to more homes, said Clarissa Brocklehurst, faculty member of the Water Institute at University of North Carolina and a former water, sanitation and hygiene chief at Unicef.

The lack of access to basic water and sanitation is one more example of the lethal effects of inequality being exposed by the pandemic. The impacts of water mismanagement are felt disproportionately by the poor, who are more likely to rely on rain-fed agriculture for food and are most at risk from contaminated water and inadequate sanitation, the World Bank said.

Underprivileged people in cities are particularly vulnerable as they often live in densely populated areas where social distancing is hard, especially if they have to share a water source. Transmission in the Americas has been tougher to contain in poor urban areas that have limited access to water, sanitation and public health services, said Carissa Etienne, director of the Pan American Health Organization.

As many as 5.7 billion people could be living in areas where water is scarce for at least one month a year by 2050, creating unprecedented competition for water, said UN’s Houngbo.

By one estimate, each degree of global warming will expose about 7% of the world’s population to a decrease of renewable water resources of at least 20%. Limiting warming to 1.5 degrees Celsius, compared to 2 degrees, may reduce climate-induced water stress by as much as 50%.

“Hand washing for so long has been what I would call infantilized,” Brocklehurst said. “All of a sudden, it’s a matter of life and death and adults are teaching themselves hand-washing songs.”

DISCLAIMER: The Views, Comments, Opinions, Contributions and Statements made by Readers and Contributors on this platform do not necessarily represent the views or policy of Multimedia Group Limited.
Tags:
coronavirus pandemic
Hand washing