With title rivals Liverpool and Arsenal playing on Sunday, City had hoped to take full advantage, but failed to make their early dominance pay and were stunned when De Roon headed home powerfully from a George Friend cross.

City, who beat Barcelona in the Champions League on Tuesday, looked on course for a comfortable win when Sergio Aguero tapped in a cross from Kevin De Bruyne in the 43rd minute, his 150th goal for the club.

Alvaro Negredo almost equalised straight after the break but his chip from the halfway line was well saved by Claudio Bravo and Aguero missed a great chance to double City's lead before De Roon gave the visitors the last word. 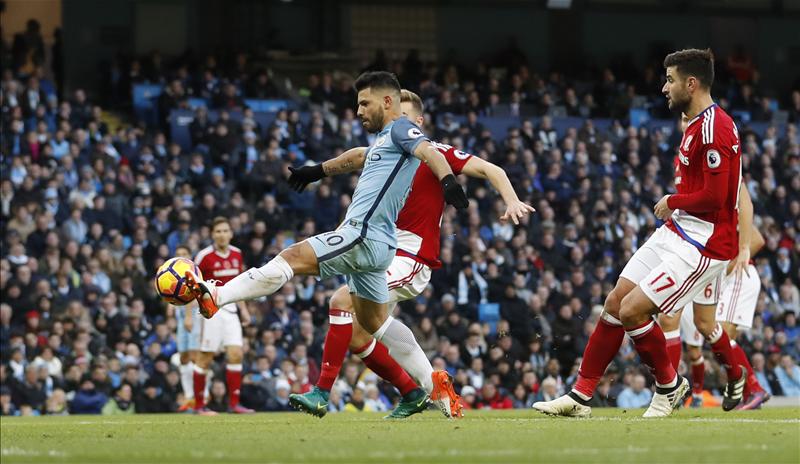 It was an astonishing turnaround with City having 19 shots on target in the first half and none in the second.

"It is crazy. The first half we hardly touched the ball, but we were better second half and showed some good things," De Roon said.

"We had some small chances and then at the end – I don't know what I was thinking – I just ran into the box. It was incredible.

"We fought hard and it is an amazing point."