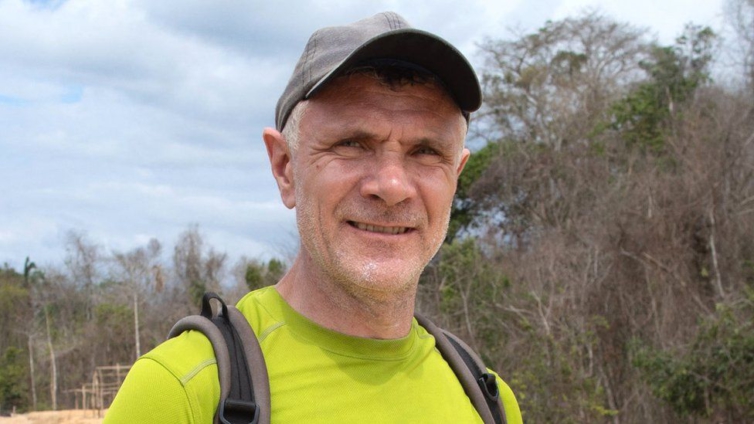 The police say experts will analyse the “organic material” found in a river near the town of Atalaia do Norte in the remote Amazon rainforest.

The pair went missing while travelling by boat on a reporting trip on Sunday.

Blood traces found on a boat belonging to a fisherman, who has been arrested, will also be tested.

Indigenous groups say both men have received threats for their work in the region, which has seen illegal fishing, logging, mining and drug trafficking.

The Brazilian authorities have said they are hopeful of finding the two men alive, but have not ruled out any outcome, according to the AFP news agency.

Both Mr Pereira, 41, and Mr Phillips, 57, who has written for publications such as the Guardian and the Washington Post, are hugely experienced and planned their journeys thoroughly. They reportedly had a new boat and plenty of fuel.

In London, the journalist’s sister, Sian Phillips, called on the UK authorities to put pressure on the Brazilian government to find the two men.

“We want to find out what is happening to them and we want anyone responsible for any criminal act to be brought to justice. We want a persistent deep and open investigation,” she said.

The blood traces were found on the boat of fisherman Amarildo da Costa, known locally as “Pelado”, who was questioned in the town of Atalaia do Norte. He has been charged with illegal possession of restricted ammunition.

Police say he was one of the last people to see Mr Pereira and Mr Phillips.

A lawyer for the fisherman, Davi Oliveira, told Reuters his client was not involved in the disappearance of the two men. The same lawyer has since stepped away from the case, the news agency adds.

Six other people have been questioned in connection with the men’s disappearance.

Some 250 members of the security forces have been taking part in the search, up from just about a dozen in the first days. They include divers and experts in jungle terrain. Two helicopters are also being used, as well as more than a dozen boats and drones.

The Brazilian government has been criticised as not acting fast enough to try to find the men.