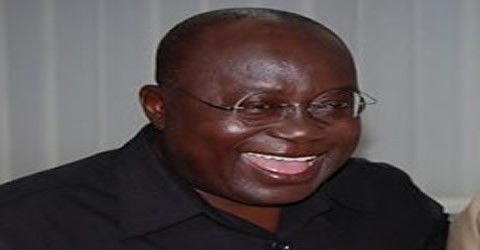 The New Patriotic Party (NPP) parliamentary candidate for the New Juaben South Constituency for this year’s general elections, Dr Mike Assibey Yeboah, has called for massive support to enable him retain the seat for the party.

He also urged all Ghanaians to vote for the party’s flag bearer, Nana Addo Dankwa Akufo-Addo to assume the presidency since the NPP was the only political force that can fully develop the country.

Dr Assibey Yeboah made the call when he addressed the people of Adweso, a suburb of Koforidua last Sunday shortly after he had been formally introduced to the people.

Dr Assibey, who recently won the party’s constituency primary, said although the NPP would definitely retain the New Juaben South Constituency seat, there was the need for the rank and file of the party to drum home the good works of the party in the constituency before the present government took over in 2008 to win the support from more people.

He said such good works in terms of the provision of social amenities and poverty alleviation initiatives, which is also associated with the NPP countrywide, should also be trumpeted for a massive support for the party to also win the presidency.

Dr Assibey said an NPP victory would make it possible for the party to continue from where it left off in 2008.

“The NPP is going to retain the constituency seat with Nana Akufo-Addo winning the presidential slot but all of us should work extra hard for a convincing victory at the polls”, Dr Assibey told the gathering.

He expressed his appreciation to the people for the confidence reposed in him to represent them in Parliament and gave the assurance that he would not let them down.

The Eastern Regional Communications Director of the NPP, Mr Owusu Baafi and other constituency executive members of the party, took turns to criticise the NDC for its inability to address the socio-economic problems facing the country.