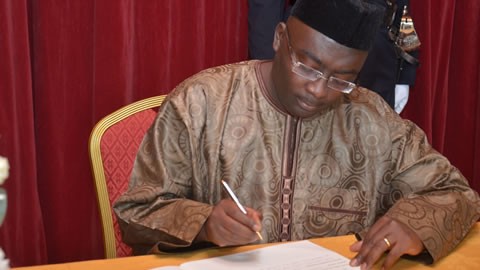 The Running Mate to Nana Akufo-Addo for the December General Elections, Dr. Mahamudu Bawumia, Friday, was at the State House to sign the book of condolence for the late former President, John Evans Atta Mills.

Dr. Bawumia was at the State House in the company of NPP General Secretary, Kwadwo Owusu Afriyie, who also signed the book of condolence for the late President who passed on, on Tuesday afternoon.

The death of the President occurred while Dr. Bawumia was on a tour of North America which saw him visit various states in the United States and Canada in the company of among others, Mr. Kwadwo Owusu Afriyie.