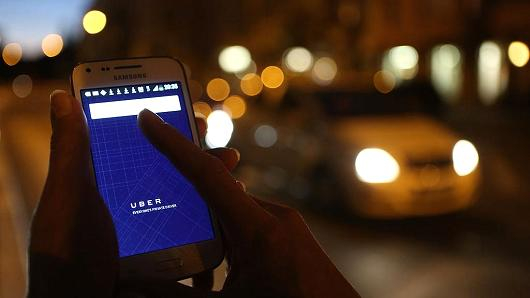 The Driver Vehicle and Licensing Authority (DVLA) has said it will soon roll out a policy that will regulate the operations of digital transport services like Uber.

This comes after some transport consultants expressed worry about the persistent violation of the country’s traffic laws by digital transport operators.

The country's road traffic Act 2004 does not permit persons below 25 years to drive commercial vehicles.

But after three years of operating in the country, the subsidiary of the transportation network, Uber has enforced the law, deactivating some 200 drivers in the process.

Some of the drivers were told their appointments had to be terminated because they did not meet the required 25-years age limit required for drivers to operate commercial vehicles.

One of the drivers, Timothy, who has been with the company for only two months said they were sent termination notification via text message last month to inform them of the development.

His account and that of the other drivers under the age of 25 years, were subsequently terminated on Monday.

One of the drivers also said his friend whose car was involved in an accident was refused insurance benefits because the insurance company said the driver was below 25 years.

The Deputy Director of DVLA in charge of Training Testing and Licensing Kusi Semevor told Joy News the new policy is expected to address such issues.

“The law does not touch on the type of service Uber is offering, but it provides that the authority in charge sets a standard for commercial transport activity.

“It is the reasons why we are introducing a policy to regulate the operator, drivers and vehicles that will be used for such services,” he said.

According to him, the Authority will by June this year finish fine-tuning the policy to roll it out.