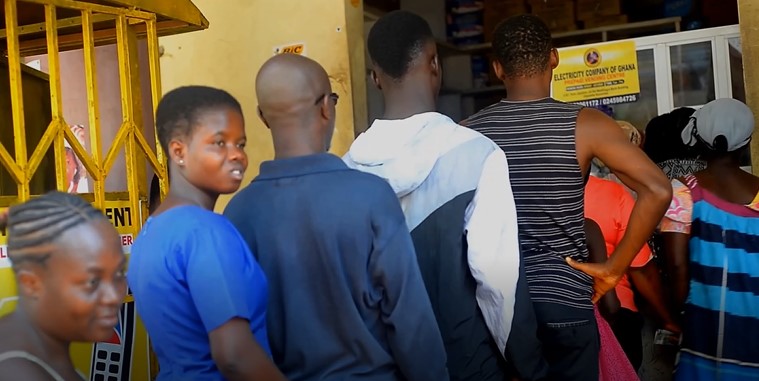 Customers of the Electricity Company Ghana in the Ashanti Region have been queuing in a mad rush to purchase electricity credit after four days of system failure.

Some vendors and customers in the Ashanti Region affected by the system interruption have not been able to sell or buy electricity for four days.

“I have been searching for light for about four days now, but I am unable to get some. My room has been full of heat and it has destroyed my meal,” one customer said.

“For three days now, I have been unable to get access to pre-paid. I just bought GHC100 pre-paid light and after ten days it got finished, I have been roaming for several days,” another customer told Luv FM’s Nana Boakye Dankwah Yiadom.

One vendor said ECG had given assurance to restore the system on Monday but it was restored on Tuesday afternoon.

“We were promised of fault restoration on Monday and it just came. I only told my customers what I have been told by the ECG. We have been able to restore it now.”

In a press release, the Electricity Company of Ghana said the company has encountered some technical challenges relating to its prepaid metering system in the Ashanti Region.

In September, a similar incident happened across the country and for over a week, customers in various Regions of the country could not purchase electricity until the challenge was rectified.

DISCLAIMER: The Views, Comments, Opinions, Contributions and Statements made by Readers and Contributors on this platform do not necessarily represent the views or policy of Multimedia Group Limited.
Tags:
ECG
Prepaid meters
Vending Challenge