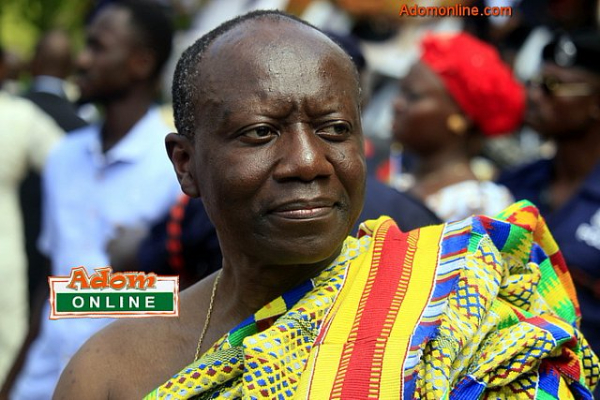 Finance Minister, Ken Ofori Atta, has indicated that the economy is now poised for the expected transformation and growth after firmly stabilising it last year.

The Minister said this during an engagement with journalists on the state of the economy and progress made so far with its fiscal outlook.

According to him, this stability has come about as a result of painstaking decisions taken last year to put the economy back on track.

He also mentioned that government is doing all it can to reduce debts.

“To be able to physically contract and at the same time have the type of growth that we have desired. The bonds from our international partners are also cleared as you see the tightening of the yields that we have so I think we’ve really set the stage to go forward,” he said.

For the state of the IMF program, Mr Ofori-Atta hinted that it is likely government will discontinue the program by December this year.

“That’s a commitment by the Presidency, I know we have some two prior actions we need and about maybe 5 or so structural reforms we need to be able to make to be able to do the April  9 board meeting and we are committed to doing that and we will do that,” he added.

“Our expectation is that the types of resources we have put into planting for food and jobs etc. and the IPEG program which would lead to supporting SMEs of IDIF will all lead to sustaining the non-oil sector and as you begun to see in the third quarter we expect that to keep increasing.” Ken Ofori Atta said.