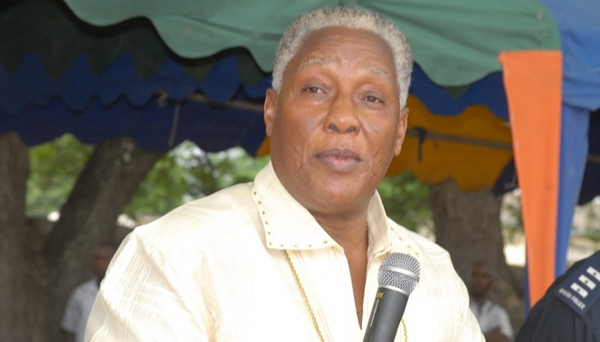 Defeated MP for Ningo Prampram, E.T. Mensah says he accepts results in Sunday’s parliamentary primaries at Ningo-Prampram even though he suspects cheating.

According to the incumbent Ningo-Prampram legislator there were serious rigging in Sunday’s polls especially in the Ningo electoral area.

E.T Mensah claims at certain electoral areas, the number of registered voters was 809, but his opponent, Sam George, polled 1,245.

The defeat of E.T Mensah who has been in Parliament since 1997, by Sam George, a Presidential Staffer, has been described by political pundits as one of the biggest upsets in the governing National Democratic Congres (NDC's) primaires.

After a fierce campaign on Saturday and Sunday, Sam George pulled the biggest surprise in the NDC Parliamentary elections, beating the incumbent ET Mensah with over 2,000 votes.

The elections in Ningo-Prampram like those in the other constituencies were supposed to have been held Saturday. But acts of violence, accusations and counter-accusations between the two aspirants, complaints of missing names in the voters register meant the elections had to be rescheduled to Sunday.

Sam George who could not find his name in the voters' register on Saturday, found it on Sunday and was able to cast his ballot.

The polls were conducted peacefully for most part of the Sunday until the intervention of the military in Ningo.

However, ET Mensah told Joy News Monday that he would not challenge the results.

"People say I should contest the results. What for?  I can make a formal complaint to the regional party, because if we should go back, take all the documents, voters register, votes cast in the ballot box and cross check, you find out that it's been flawed," the Ningo-Prampram MP said.

He said the outcome of Sunday's polls is a lesson for him.

ET Mensah told Joy News, “the landguards that came chased our polling agents away. [The land guards said] ‘your life or you leave here’. They [voters] were bussed on Sunday from Ashaiman – three Metro Mass buses.

"We had a hint that he [Sam George] intentionally created the kind of confusion that he created on Saturday so that the [voting process] would not come on because the people that he needed to come [and vote] were also voting on that same day”.