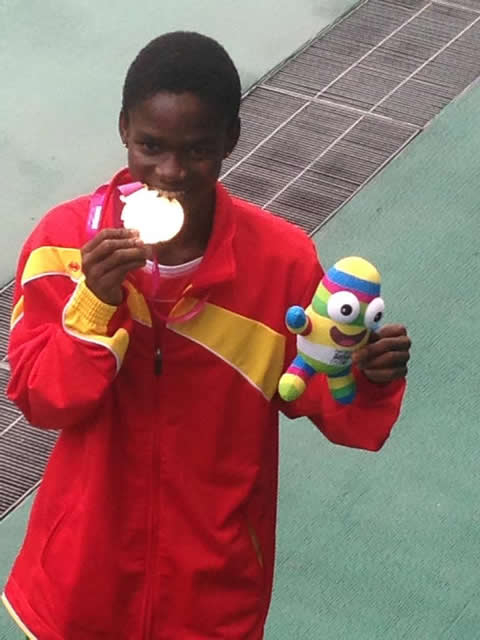 A former President of the Ghana Athletics Association has said he suspects foul play following Martha Bissah’s inability to qualify for the All Africa Games.

The teenager was unable to run the required time to get her into the multisport event slated for next month.

In an interview with Joy Sports, former GAA George Lutterodt is questioning why the country's athletics governing body failed to make Martha compete in her preferred event, the 800 metre race.

"The question to ask the GAA is why was her event not on the table from the beginning. She goes to win gold at the Olympics and comes back and the event is no longer on the GAA time table.

"That is a very serious thing we have to answer."

But in a quick rebuttal on Asempa FM, Dr. Mark Dzra Dosi, Treasurer at the GAA, discounted the thought.

“The 1500 metre race is her other event. Actually when we discovered Martha, she was in the 1500 metre in Kumasi last year. So it is not the case that this is not her event and she has actually run very well except that she was a little close to reaching the qualifying in both,” Dosi noted.

“This year we have had eight event and Martha has run the 800 metre three times this year and her best time has been 2.07 seconds and last year her best time was 2:04 seconds in China. She didn’t start training early this time round."

"Next weekend, August 22, we have one more competition that offers Martha the chance to qualify for the All Africa Games. The door is not closed for Martha.

"We have about seven other athletes like that too.”

With the prodigious Martha only a few days from her 18th birthday, all this squabbling may yet distract her from her goal of representing Ghana next month.