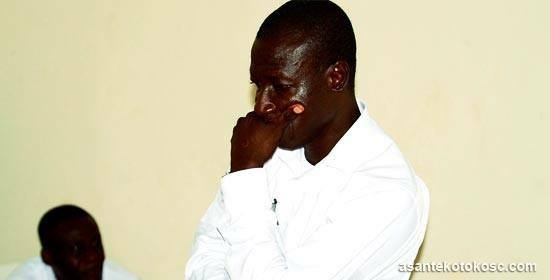 Kumasi Asante Kotoko failed to extend their lead on the First Capital Plus Premier League table after surprisingly falling to Liberty Professionals at the Carl Riendorf Park.

Liberty beat Kotoko 1-0 to give their Premiership survival status another push.

A 52nd minute goal by Mohammed Cissey helped the Dansoman side to the famous win which has pushed the club to 11th position with 9 games to play for in the competition.

At the Kumasi Baba Yara Sports Stadium, King Faisal Babies missed a penalty to end their week-21 game goalless with visiting Accra Hearts of Oak. Hearts earned a point to reduce the tally between them and leaders Asante Kotoko to 11 points from equal number of games, 21.

Berekum Chelsea restored their pride in the Premiership competition after fighting their way past Sekondi Hasaacas at the Berekum Goldern City Park.

Chelsea won 2-0 over Hasaacas and has thus moved up to 9th position after playing less number of games in the competition. Chelsea has played 19 games and has two outstanding games to honour.

Medeama SC after calling off the bluff of Accra Hearts of in midweek continued with their recent impressive run in all competitions to beat rivals, Ebusua Dwarfs 2-0 at the Tarkwa T & A Park.

Two first half goals from Godbless Asamoah and Abdul Razak condemned Dwarfs to their tenth league defeat which leaves them still firmly rooted at the bottom of the Premiership table.

The defeat means Dwarfs’ newly appointed head Coach J.E Sarpong will have a herculean task to steer his side out of relegation.

From the Tema Park, Aduana Stars suffered another defeat after they failed to stop Amidaus Professionals from picking maximum points.

Aduana lost 1-0 to Amidaus courtesy a goal by Nana Poku in the 53rd minute which further deepens the woes of Albert Commey’s side who must revive their notes to stand any chance of surviving the relegation battle.

From the Kpando Park, Heart of Lions needed an 85th minute equalizer which came from the penalty spot by Yakubu Hudu to earn a point in their game with Inter Allies.

Lions after taking the lead through Edem Kodzo in the 35 minutes fell behind after Ndiaye Talla andMohammed Deo each scored to put the visitors in front. But Yakubu Hudu’s striker from the spot earned the home side a valuable point to keep them in fourth place.

AshGold came from behind to beat New Edubiase 2-1.

Ashgold now sits 5th on the Premier League table and are hoping to end up in a top four place at the end of the season.

The win for Ashgold came as a breather to Coach Bashiru Hayford who had earlier been given an ultimatum to win or face the sack.