In the end, no away team won on the day. And only Hearts were able to get a point.

Goals were at a premium unlike like week but surely the sensational result was in Essipong where AshGold lost. But in all these, here are key lessons from matchday 20.

First, a reminder of the results.

1. Travel is a curse

If there is any consistent trend in the league apart from Ashantigold’s form, it has to be how all teams have been poor on the road.

This was highlighted this week when all teams failed to record awayvictories. The best performing away sides were Hearts of Oak and Berekum Chelsea who could only pick up draws.

With nine games left to go in the league, teams will have to perfect their away records as vital points on the road coupled with a good home record could propel teams to higher positions on the log.

Thirteen goals were recorded on this matchday meant an average of 1.6 goals per match.

This is a relatively low count considering the high numbers recorded in the previous matchday.

The highest scoring match was in a Kumasi, where three goals were recorded. More worrying was the fact that the leading contenders for the goal king failed to find the net – with the exception of Ahmed Toure.

Did coaches work on the defensive side of the game at training this week or did the attackers fail to utilize the chances given them?

3. Aduana are kings of the 'one goal project'

Aduana currently sit second on the log five points adrift of leaders Ashatigold. The Dormaa side recorded their ninth victory at home in ten attempts.

More interesting is the fact that this was their seventh one goal victory over an opponent in Dormaa. This home form is reminiscent of their time under Herbert Addo which clinched them their first and only league title in 2009.

Should they continue their “one goal project” and pick up valuable points on the road, the former league champions could end up with the league. This makes their clash against Ashantigold in Obuasi next weekend even tastier.

Barely 24 hours ago, Richard Kingson was writhing in pain after clashing with Christian Atsu to cut short his appearance in Stephen Appiah’s testimonial.

To everyone's surprise, the keeper was in goal against Liberty Professional and kept a clean sheet to boot. He even copped a yellow for time wasting. Was his injury a façade? Did the Oly medical staff pull a miraculous operation on Kingston overnight or was his injury part of the pomp and pageantry of the day?

These are questions best answered by Kingson himself but whatever be the case, Olele is a true superman.

Nothing seems to go right in Sunyani at the moment. The Brong Ahafo side are sitting in the relegation zone, nine points from safety and more disturbingly, they could not find a jersey to play their league match until the eleventh hour.

BA United are currently sitting on a time bomb and their relegation will be confirmed sooner rather than later. They have not won or picked a single point on their travels this season and with fixtures at Wa, Sekondi and Kumasi yet to come, they are better off making plans for the Division One League next season.

They sit uncomfortably in third from bottom on the league, which should represent a big source of worry for Randy Abbey’s side.

The team that placed second in last year’s league have dipped in form. And markedly so.

To worsen matters for Lions, they have been banned from their fortress at Kpando where they have claimed many scalps. It came as no surprise they managed to only draw against a Chelsea side who have been poor on the road in Obuasi. The temporary ban will hit Heart of Lions real hard as they are unlikely to record enough victories as they would like to had they played in Kpando.

This is the best time to play against Heart of Lions as they seem to lack the sharp teeth required to devour their prey. 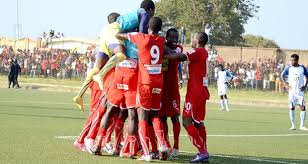 7. Has Duncan found the winning formula?

A week ago, there was talk of crisis in the Kotoko camp with some ex-players (read: Sarfo Gyamfi) calling for spiritual help for the club.

The mood seems to have changed after the Porcupine Warriors recorded two wins on the trot, one in the FA Cup and one in the league. A key characteristic in these two victories has been the  fact that Duncan stuck to the same starting XI.

Conspicuously, both teams included veteran Jordan Opoku who found the going tough in Duncan’s early days at the club. Is he the missing piece of the jigsaw? And has Duncan found the right formula?

For now, Duncan must be hailed for these victories but only time will tell if they were no flukes. It begins next week against Medeama in Tarkwa.