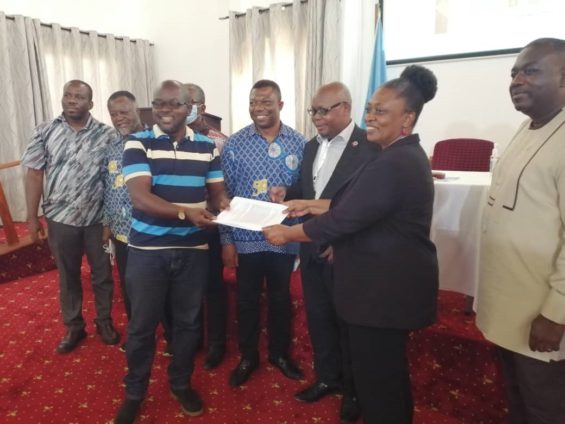 The Federation of African Engineering Organization (FAEO), has has resolved to support the implementation of the African Continental Free Trade Area (AfCFTA) agreement to help boost free trade across the Africa continent.

In a declaration at the end of the five-day conference, FAEO noted that the role of engineering is important to the realization of the objectives of AfCFTA. The participants of the conference, mindful of the current effects of Covid-19 on African Union’s (AU) Agenda 2063, were also concerned about the slow progress of Africa Countries in achieving the SDGs.

The declaration said, drawing inspiration from the deliberations and discussions of the conference, FAEO would take the necessary steps to institutionalize its relationship with AfCFTA, AU and the governments of all African countries.

“The first step is to establish an MoU with AfCFTA, actively engage the AfCFTA Secretariat and Heads of Member States in the delivery of solutions to infrastructure required to ensure free trade across Africa”, the declaration said.

The African Engineers also resolved to lead in the harmonization of standards and codes across Africa by engaging the relevant regional bodies; Innovate commercially in order to harness the natural resources of the Africa Continent; Establish an African Fulbright Programme to teach our own and create an African University exchange programme among lecturers and students; Promote ethical training in curriculum for engineering education; Mentor more students in second cycle institutions to pursue engineering through aggressive outreach activities and Convince governments of member states to increase funding towards research in engineering.

The declaration further said FAEO would lead a training programme for intellectual property rights; Sign the Single African Air Transport Market (SAATM); Lead in the development of Infrastructure; Establish an African Arbitration Center and train world class Arbitrators as well as lead in promoting better collaboration between industry and academia.

On Women in Engineering, the participants resolved to encourage women to study and practice engineering by creating infrastructure which will meets the needs of women. They also advocated for facilities in infrastructure to cater for women in Small, Medium and Micro Enterprises (SMMEs). Promotion of gender consideration during planning, design, implementation and post implementation stages of all projects were also among the declaration.