Chelsea stormed to the top of the Premier League table as they made it five straight wins with a resounding 5-0 success over Everton at Stamford Bridge.

Antonio Conte's men took advantage of Manchester City's draw with Middlesbrough to leapfrog the Citizens at the summit courtesy of a devastating display from start to finish.

Ronald Koeman opted for a back three to try and counter the home side's flourishing 3-4-3 system and it backfired spectacularly as the Toffees' previously stubborn defence was torn to shreds. 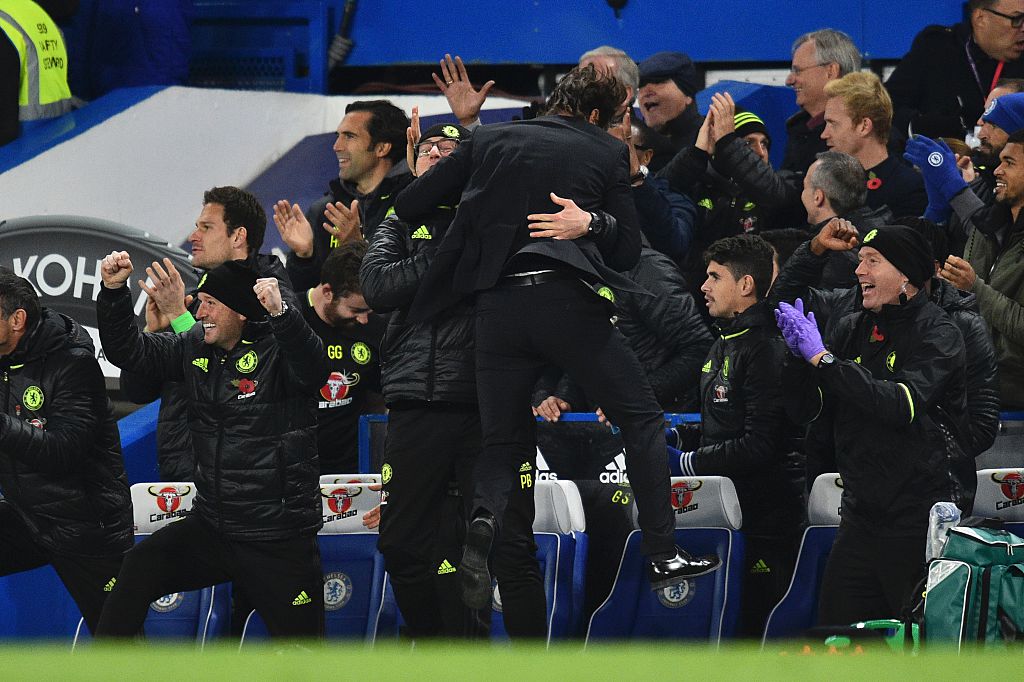 Chelsea's front trio continue to look completely revitalised under Conte and they were the architects of this statement of their title credentials.

Eden Hazard opened the scoring with a low strike from the left of the area before playing a role in the second just 70 seconds later as Pedro crossed for Marcos Alonso to fire under Maarten Stekelenburg. 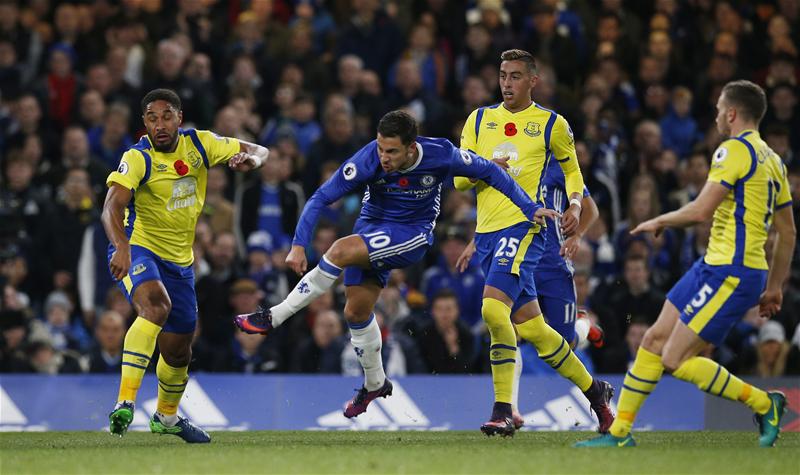 Everton soon reverted to a more familiar system, but by that point Chelsea were in full flow and it could easily have been more than 3-0 by the interval after Diego Costa swept in Nemanja Matic's flick-on from Hazard's corner.

The Toffees have not won in the league at Stamford Bridge since 1994 and they endured further misery in the second half as Hazard snared his second after a lovely one-two with Pedro before the Spaniard got in on the act when he tucked home a rebound.

The result means Chelsea are now a point clear at the summit but have played a game more than both Arsenal and Liverpool who are each in action on Sunday.