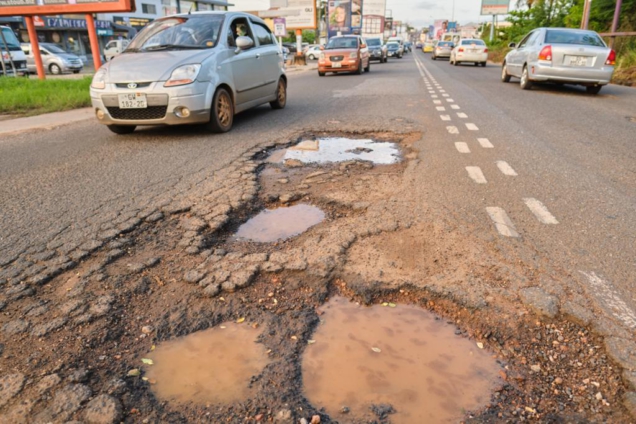 Mostly made up of the youth, tens of thousands of posts have been made on social media highlighting some of these inadequacies.

After NSS plenty people I know dey house cos dem no get jobs. Why should it be so. Are you educating people to go and sit home?? #FixTheCountry

Coupled with corruption, erratic power and water supply, the users say the development has compounded their challenges and made life difficult for the average young Ghanaian to make a decent living.

Yes, it’s always the YOUNG PEOPLE who arise for the countries
It’s our TIME!!! #FixTheCountry pic.twitter.com/Viwi1CnXFn

Topping the trends for the past 24-hours, the ‘#FixTheCountry’ topic has seen many celebrities joining the fray as part of an effort to hold government accountable in the areas to safeguard the future of the citizenry.

An online petition has also been launched to aid this cause with nearly 2,000 signatures so far.

#FixTheCountry is just a hashtag to them, sadly.

Dear NDC , #FixTheCountry agenda is not for you, it’s not for Npp too it’s for the government, you all failed us so stop jubilation that we are bashing the sitting government.. it’s for everybody.

Why should one government be praying for the other to fail us? #FixTheCountry

The water they gave for free that we are being taxed for nu, this the hustle you have to go through to get some. Where did we go wrong la #FixTheCountry pic.twitter.com/MpRPzN2D2e

I work from 6:30am to 4pm as a teacher. How many hours bro?? I pick two cars before I get to work and when I checked my salary and calculated what I’m paid a day, it will shock you 😭😭 Fuck this #FixTheCountry

For those saying the #FixTheCountry hashtag is politically motivated, can’t you see things yourself? Don’t you pick trotro? Don’t you buy fuel? Or you’re not in Ghana ?

Please let’s not pretend blind because of our love for a political party.#FixTheCountry

Government must show concern about the rising cost of living and harsh conditions prevailing in the country and do something about it.#FixTheCountry