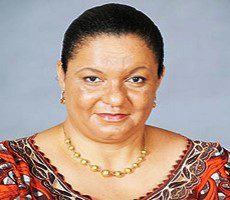 Deputy Foreign Affairs Minister, Thomas Kwesi Quartey, says the ministry is awaiting a report from the Ambassador to Japan, Edmund Agbenutsi Dey, on his alleged involvement in the running of an illegal casino in the Japanese capital, Tokyo.

Speaking to Joy News, Thursday, Mr. Quartey pointed out that the report will indicate the next line of action to be taken on the issue.

"We are asking the ambassador to provide a comprehensive detail of what happened… and will know what to do", the Deputy Foreign Minister indicated.

Asked whether they will question the Tokyo police as part of investigations on the matter the Deputy Minister said the Ministry has nothing to do with them.

The Police in Tokyo are currently investigating Ambassador Dey for his alleged involvement in illegal casino.

Close to ten people have so far been arrested and are being interrogated.

The Tokyo police say the only thing preventing them from arresting the ambassador is his diplomatic immunity.

The Tokyo Police are reported to have asked the ambassador to consent to questioning over an alleged lease contract made for a room in Tokyo, operating the illegal casino.

The report, which appeared in some major Japanese newspapers including NHK World and Tokyo Reporter, said some ten employees working at the secretly operating casino at Shibuya, a suburb in Tokyo, were arrested for allowing customers to play baccarat- a gambling card game played at casinos.

The Police also seized more than one hundred thousand dollars in cash.

Newspaper reports say current Ghana ambassador to the country, Ambassador Dey, is a regular visitor to the casino.

The Tokyo reporter also said a rental contract previously in the name of the former ambassador was changed to that of the current ambassador, and the document signed at his official residence with diplomatic identification forms.

One of the suspects is quoted to have told investigators, “I thought diplomatic immunity was applicable through the Embassy of Ghana, and we would not be caught by the police.”

Meanwhile, Ghana’s Foreign Affairs Minister, Hannah Tetteh, has posted on her Facebook wall that the Ministry of Foreign Affairs was informed yesterday, March 19, 2014, about the incident. She write “….We are also conducting our own investigations with the assistance of our current Ambassador and the Staff of our mission in Japan. Apparently the documents indicating the rental of the premises were signed by his immediate predecessor in 2012. We will keep the public informed of any further developments.”