Four signs a relationship is failing 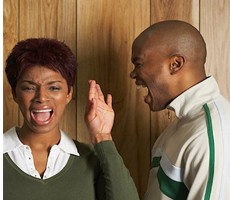 A new relationship—whether personal, romantic, or professional—is a lot like buying a new car. Driving it off the lot is pure bliss. As you look around, you can scarcely take it all in. Everything smells, sounds, and looks terrific. You coast through weeks or months—maybe even years— of happy driving before you’re aware of anything that needs fixing. And like a car, when a relationship breaks down, it’s overwhelming; you’re left stuck on the side of the road wondering what went wrong.

A trained eye knows when a car is in trouble. From the sound of the idle to the color of the exhaust exiting the tailpipe, there are telltale signs of distress. The same is true of relationships, and you can be your own mechanic. Researchers at the University of Washington discovered four clear indicators of relationship failure (dubbed “The Four Horsemen of the Apocalypse”) so profound that they predict the future success of a relationship with 93% accuracy. The researchers in Washington conducted their studies with married couples, and their accuracy rate for predicting divorce has held up for more than 14 years after watching couples interact.

The Four Horsemen of the Apocalypse

The Four Horsemen reveal problems for relationships of all types. They represent the counterproductive acts we can easily fall victim to when our emotions get the better of us (aka, a lack of emotional intelligence). As you read each of the Horsemen and consider its relevance in your relationships, remember that conflict itself is not a problem. Conflict is actually a normal and (ideally) productive part of two people with different needs and interests working together. The researchers in Washington found that the amount of conflict between two people had no bearing on the success of the relationship. It’s how conflict is handled that determines a relationship’s success, and the Four Horsemen’s presence means conflict is not being dealt with constructively or productively. Follow the strategies provided for overcoming each of the Four Horseman, and your relationships are bound to be successful.

Criticism is not to be confused with delivering feedback or otherwise seeking improvement or change in another person. Criticism becomes, well, criticism when it isn’t constructive (“This report is terrible.”). Criticism, in its most troubling form, focuses on the individual’s personality, character, or interests rather than the specific action or behavior you’d like to see changed (“You are terrible at writing. You’re so disorganized and tangential.”). It’s one thing to criticize without being constructive; it’s another to go after someone for something they are unable to change.

If you find yourself criticizing when you planned on being constructive, it’s best if you don’t deliver your feedback and commentary unless you’ve planned ahead. You’ll need to think through what you’re going to say and stick to your script in order to remain constructive and avoid criticism. It’s also best if you focus your feedback on a single specific behavior, as your reactions to multiple behaviors at once can easily be perceived as criticism. If you find that you cannot deliver feedback without generalizing to the other person’s personality, you’re better off saying nothing at all.

Contempt is any open sign of disrespect toward another. Contempt often involves comments that aim to take the other person down a notch, as well as direct insults. Contempt is also seen in indirect and veiled forms, such as rolling of the eyes and couching insults within “humor.”

Contempt stems from a lack of interest in the other person. When you find that you don’t enjoy or admire someone— perhaps there are things about him or her that used to be interesting or charming and now they’ve lost their luster— contempt can surface unexpectedly. If your disinterest is unavoidable and the relationship is one that isn’t going anywhere, such as a family member or coworker, then you need to focus on managing the relationship itself. People who manage relationships well are able to see the benefit of connecting with many different people, even those they are not fond of. Common ground, no matter how small, is a commodity to be sought and cherished. In the immortal words of Abraham Lincoln, “I do not like that man. I must get to know him better.”

Denying responsibility, making excuses, meeting one complaint with another, and other forms of defensiveness are problematic, because they prevent a conflict from reaching any sort of resolution. Defensiveness only serves to accelerate the anxiety and tension experienced by both parties, and this makes it difficult to focus on the larger issues at hand that need to be resolved.

To overcome defensiveness, you have to be willing to listen carefully to the other party’s complaint, even if you don’t see things the same way. This doesn’t mean you have to agree with them. Instead, you focus on fully understanding the other person’s perspective so that you can work together towards resolving the conflict. It’s critical that you work to remain calm. Once you understand why the other person is upset, it’s much easier to find common ground than if you dismiss their opinions defensively.

Stonewalling is what happens when one person shuts the discussion down by refusing to respond. Examples of stonewalling include the silent treatment, being emotionally distant or devoid of emotion, and ignoring the other person completely. Stonewalling is problematic, because it aggravates the person being stonewalled and it prevents the two from working on resolving the conflict together.

The key to overcoming stonewalling is to participate in the discussion. If you’re stonewalling because the circumstances are leaving you feeling overwhelmed, let the other person know how you’re feeling and ask for some time to think before continuing the discussion. Maintain eye contact and a forward posture and nod your head to let the other person know that you are engaged in the discussion and listening even when you don’t have something to say. If you stonewall as a matter of practice, you need to realize that participating in discussions and working together to resolve conflict are the only ways to keep your relationships from crumbling.