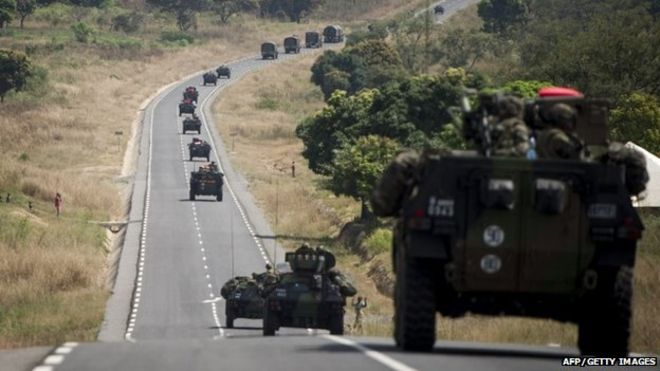 A UN whistle-blower who revealed allegations of child sex abuse by French peacekeepers in the Central African Republic should be reinstated immediately, a tribunal says.

Anders Kompass was suspended by the UN for leaking the report to French authorities, who are now investigating.

The UN appeal tribunal ruled that his suspension was unlawful, and that he should now return to work.

The UN denies allegations it covered up child abuse.

French authorities are now investigating 14 soldiers over the report, having received it in July last year.

The report alleges that children as young as nine were forced to carry out sex acts in return for food.

French President Francois Hollande said last week: "If some soldiers have behaved badly, I will show no mercy."

Soldiers from Chad and Equatorial Guinea have also been implicated in alleged abuse, but neither country has responded publicly to the accusations.

France intervened in its former colony in December 2013, nine months after a rebel alliance, Seleka, had captured the capital and ousted President Francois Bozize.

The country descended into ethnic and sectarian violence, with thousands of people fleeing their homes and the UN warning that there was a high risk of genocide.