From the Upper East region to the world; Baka Dabri's expectations on his musical journey - MyJoyOnline.com

From the Upper East region to the world; Baka Dabri’s expectations on his musical journey 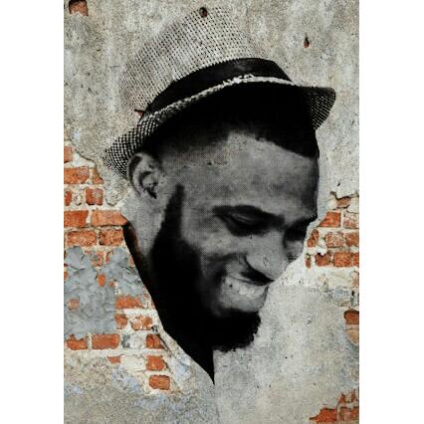 Over three decades since Ghana expanded the repertoire of its musical genres, nearly every region in the country has contributed talented artistes to the growth of the music industry as a whole.

Although acts from the northern part of the country like Fancy Gadam, Blackstone and Maccassio have added to the eclectic collection of entertainers in the country, not much has been heard from the Upper East region specifically.

Enter Baka Dabri, an afrobeats artiste a treasured son of the Upper East Region; Fumbisi to be precise.

Baka believes that he is what the Ghana music industry, and particularly the afrobeats genre is waiting for, and is poised to give the heavyweights of the industry a run for their money.

“I am coming with an entirely different style and trust me the industry may not be able to hold me up when I land,” he said emphatically.

“It was in my second year of high school that my real interest in music writing and recording began and that motivated me to go to the studio for the first.

Together with 5 other students, we created an acapella group called KERBYS in which I was the leader. I mostly composed songs for the group to perform at school events,” he narrated.

While pursuing a bachelor’s degree in Sociology & Linguistics at the University of Ghana, Baka “fell in love with the guitar” and performed some of the songs he wrote.

Not only that, he joined the English Departments Creative Writing Club called Rhythms & Words where he also did some song covers as well as performed some of his original songs.

At the moment, however, Baka has put his undergraduate degree on hold for now and is pursuing the career path as a musician.

Baka gets emotional when he considers the many challenges that face the Ghanaian music industry.

One of the challenges worth mentioning is the preference of foreign acts over that of the indigenous Ghanaian.

He believes that “focus should be put on our [Ghanaian] music and trust me with a little more push and marketing we are going to attain the heights the foreigners and may even go higher than they have.

“From afar all you see is that they are united and are always there for each other in terms of marketing and promotional support.”

Speaking on the impact of the current Coronavirus outbreak on his career as a music, he stated that he was inspired to write a song as a creative way of coping with the virus.

“Currently, I have a new single titled “Go Back To Hell” which premiered on Monday, 17 August 2020, on GTV and on YouTube.

I drew from the experience with Covid-19 by many Ghanaians to write this one. You must hear it to appreciate the inspiration behind it and the message the song sends out to Ghanaians and the world at large,” he concluded.