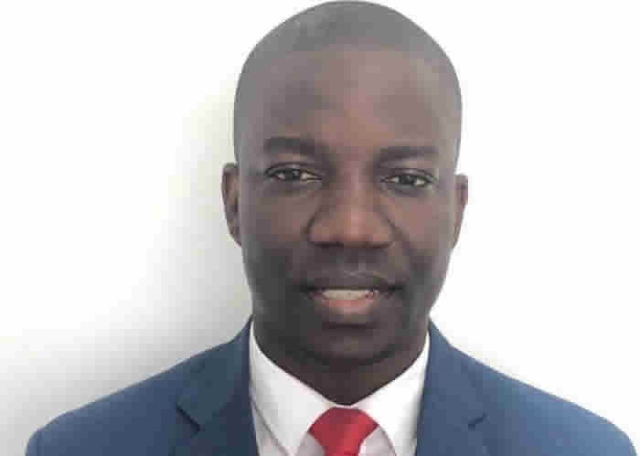 On the 18th February 2019, I published an article in the Business and Financial Times on the subject ‘The future of the Ghanaian Bond Market’, where I explained in detail how successive governments in Ghana have leveraged on both the domestic and international debt capital markets to raise medium to long term funding to support developmental projects including budget deficit financing.

I also cited an example on the innovative approach used to clear part of the legacy Energy Sector debt that nearly crippled the banking sector in Ghana. The bond issuance was backed by assigned receivables Energy Levy receivables. If we call, the government through the Ministry of Finance established a Special Purpose Vehicle (SPV) with ESLA PLC as an administrator, raised over Ghs5.7bn to defray part of the Ghs10bn legacy debt.

Major cities around the world have been financing their long-term investment needs through municipal bonds for centuries. In fact, the first recorded transaction occurred in Genoa in 1150. More recently, in the US, over $111bn were issued in November and December in 2017 for infrastructure, pension obligations and other critical needs across the country. For comparison, cities in sub-Saharan Africa have raised less than 1% of the US amount since 2004. Only a handful of local governments have successfully issued municipal bonds, almost all of them in South Africa and Nigeria. Yet there is a desperate need for infrastructure investment throughout the region. Current estimates place the financing gap at over $41.6bn. Municipal bonds originated for urban infrastructure, will go a long way to addressing this gap. The big question is that why aren’t African cities more especially Ghana not using municipal bonds to raise money for capital projects in Accra, Kumasi, Tema etc. In this article, I would like to focus on how Ghana could develop its Metropolitans, Municipalities and District Assembly’s (MMDAs) through Municipal bond issuance.

Municipal Bonds and its features

In basic definition, a bond is a fixed income instrument that represents a loan made by an investor to a borrower (typically corporate or government). A bond could be thought of as an I.O.U. between a lender and borrower that includes the details of the loan and its payments. A bond has an end date when the principal of the loan is due to be paid to the bond owner and usually includes the terms for variable or fixed interest payments that will be made by the borrower. Bonds are used by companies, municipalities, and sovereign governments to finance projects and operations. So in effect, owners of bonds are debtholders, or creditors, of the issue.

Again, if the primary investment objective is to preserve capital while generating a tax-free income stream, municipal bonds are worth considering. Municipal bonds (munis) are debt obligations issued by government entities in favour of the municipality, metropolitan and (or) District Assemblies. When investors buy a municipal bond, they are basically loaning money to the issuer in exchange for a set number of interest payments over a predetermined period. At the end of that period, the bond reaches its maturity date, and the full amount of the original investment is returned to the bondholder.

In terms of taxes, it is interesting to note that while municipal bonds are available in both taxable and tax-exempt formats, the tax-exempt bonds tend to get the most attention because the income they generate is, for most investors will be exempted from Revenue Authority taxes regime and, in many cases for local income taxes.

Municipal bonds come in the following two varieties: general obligation bonds (GO) and revenue bonds. For example, if the Accra Metropolitan Assembly (AMA) intends to raise immediate capital to cover expenses, are supported by the taxing power of the issuer. It will be referred to as GO. Considering the developmental challenges in most part of the countries, if Kumasi Metropolitan Assembly (KMA) or Tema Metropolitan Assembly (AMA) issue bond to fund infrastructure projects and are supported by the income generated by those projects, it is referred to us Revenue bonds. Both types of bonds are tax-exempt and particularly attractive to risk-averse investors due to the high likelihood that the government will repay their debts.

While buying municipals bonds is viewed as a conservative investment strategy, it is not risk-free. There are risk factors of such municipal Bonds. There may be an element of Credit Risk. Although buying municipal bonds is low-risk, they are not without risk. If the issuer is unable to meet its financial obligations, it may fail to make scheduled interest payments or be unable to repay the principal upon maturity. To assist in the evaluation of an issuer's creditworthiness, ratings agencies (such as Moody's Investors Service and Standard & Poor's), analyze a bond issuer's ability to meet its debt obligations, and issue ratings from 'Aaa' or 'AAA' for the most creditworthy issuers to 'Ca', 'C', 'D', 'DDD',. For example, the recent $3bn Eurobond issued by the Government of Ghana which was oversubscribed by 7x was rated B3/B/B. This gives both local and foreign investors the cloud to believe in the creditworthiness of the government and will likely subscribe to municipal bonds in Ghana.

Whether munis are subscribed by either domestic or International investors, Bondholders will be interested to know if the issuer will be pay coupons on maturity. Municipal bonds may be structured in a way that, portions of internally generated funds are assigned as receivables to secure such transactions. This will ensure constant payment of principal and interest on maturity.

The need for long term funding aimed at developing our local communities has become necessary as there are huge infrastructural deficits at various MMDAs and municipal bonds can unlock investment power for municipals to co-sponsor Public-Partnership Projects largely funded by private investors. Lack of long term funding makes it extremely difficult for real development, economic growth and prosperity to be seen across the country. If I exclude the newly created regions, the country had about 254 MMDAs, and total Internally Generated Funds (IGF) was hovering around Ghs290.47m as December 2017. This put a huge challenge on the government and the Ministry of Finance to support.

However, while I argue that Municipal bond is a game changer for infrastructural development, some local and international experts have pointed to a lack of local capacity and technical ability to prepare a municipal bond. Others argue that projects are not structured in ways that ensure a sufficient return to prospective investors. Still another group insists that municipal leaders OR Chief Executive Officers lack the interest or ability to use more transparent financing instruments. All of these views stem from a belief that civil servants and investors in sub-Saharan Africa are not exposed to global financial best practices, or are unwilling to comply with them. I believe that some of these assumptions are both wrong and offensive.

It`s also observed that there is a weakness in regulations governing the roles and powers of cities’ authorities to raise finance and the ability of governments to adjust these based on political whims. In the case where Metropolitan Chief Executives are appointed by the ruling government, this creates an uncertain environment. Prospective issuers cannot be confident that their preparatory work will ultimately lead to a transaction. And they can’t be sure that their efforts can be undone at the last minute by a government.

Take, for example, the Tema Metropolitan Assembly (TMA) and the Accra Metropolitan Assembly (KMA). Both can recognize the need to reduce their reliance on development assistance from the Ministry of Local Government and Rural Development and even the Ministry of Finance. Such big metropolitans can recognise that, to attract investment from institutional investors like pension funds and insurance companies, they would have to demonstrate their creditworthiness.

Creditworthiness can be understood as both the willingness and the ability to borrow. To achieve a satisfactory credit rating, TMA and AMA need to prove that they could reliably raise and manage money from a range of local sources, including from property taxes, parking fines ,license fees, property registration, and property data management; the use of a simplified inexpensive tool for property valuation; the setting up of a system for the generation and distribution of bills; and the setting up of a system for the efficient collection of property rates and other rates.

A closer look at a number of cities shows that only those in highly centralized countries—like Cameroon—or highly decentralized countries—like South Africa—have been able to successfully issue bonds. The argument for the success of bond issuance in decentralized economies is well-understood in the African context and more broadly around the world. But the case for success in countries at the other end of the spectrum is less-considered but equally valid.

Cities in heavily centralized countries are not provided with autonomy for decision-making. Instead, they are positioned as direct participants within an administrative machine governed by decisions from the capital. Any financial obligation entered into by a city in this political ecosystem is viewed as one explicitly guaranteed by the central government.

South Africa provides a good example of how enabling legislation can help municipalities raise money. In 2004 the country passed a law—The Municipal Finance Management Act—that sets out clearly what financial activities cities can and can’t undertake. Cities are prohibited from borrowing for operational expenditures and, instead, can only borrow for long-term investments.

The law has made it safer for pension funds, insurance companies and other investors to lend to city governments. They know that municipalities cannot issue bonds without being in full compliance with existing regulations that are not subject to different types of interpretation or changes in political will

In Nigeria for example, there are four key pillars that anchor the creditworthiness of municipal bond issuers and protect investors in those bonds.

a Law authorizing the bond issuance exercise and creating a sinking fund to be fully funded from the consolidated revenue fund account of the issuer;

a domestic Rating Report by an accredited Rating Agency registered with the SEC; and

a cap on the amount of debt a Sub-national can raise via bonds or any other means; the total loan portfolio of a State at any particular time must not exceed 50% of the revenue generated in the previous year. Loans in this context include bank loans, external debts arrangements, bonds

Despite this conservative rules on borrowing, we witnessed municipals in Nigeria struggling to service debt obligations once a recessions fueled by drop in crude oil prices hit the economy up to the extent were municipal level civil servants are owed in excess of 6 months salary just so these municipal bond obligations can be serviced in a timely manner.

I, therefore, implore government through its legislative arm to consider passing municipal Financial Management act-if not already done and also empower the MMDAs to raise money and be self-sufficient with stringent legislation.

Carl Odame-Gyenti is a third year PhD (Financial Management) student, a Finance and Telecom enthusiast, managing local and global Investors, Intermediaries, Non-Bank Financial and Financial Institution relationships with an international bank in Ghana. He has embarked on several international assignments in Singapore, Dubai, Kenya, Nigeria and Southern African markets. He has a passion for youth and community development. He is married to Hilda and with two (2) lovely girls: Michelle and Nicole. Contact:  Carl.odamegyenti@gmail.com, Cell: +233-204-811-911