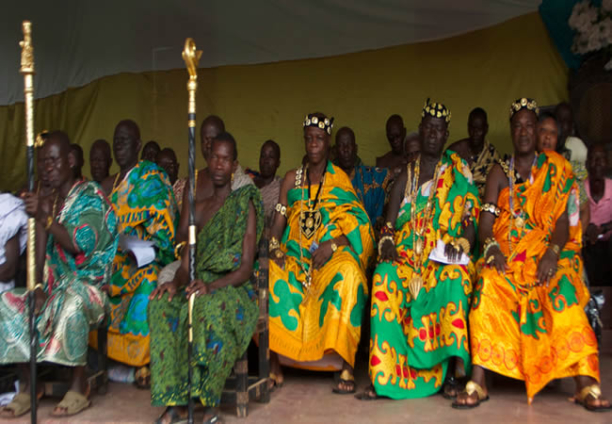 The Ga traditional Council has clashed with the Ghana Boxing Authority over the upcoming bout between Ayitey Powers and Bukom Banku.

According to the Acting President of the Ga traditional Council, Nii Doodo Nsaki his council has communicated to the GBA not to stage the judgement day bout to avoid running into troubles with the traditional council.

The Ga traditional Council wants the May 15th bout to be stopped because it falls within the period they are supposed to be observing part of their long standing tradition.

Nii Doodo Nsaki said “The GBA and the promoters can’t tell us what to do. That is our custom which must be respected by all who live on our land. We have communicated this to them so who ever defaults will have himself to blame” he said.

“For us, this is a period of no noise making and once we want to respect our tradition we won’t allow this bout to come off, never will we”.

The GBA President Peter Zwennes, has appealed to boxing fans to ignore the call from the Ga traditional Council since they have no such powers to cancel the fight as they have attempted to do.

The GBA President said in his interview that “The bout will come off as planned because the Ga traditional council lacks such powers to stop us from staging this fight. The GBA does not operate under them so we will not comply with their directives. The traditional council is misleading the public because they don’t have any such powers to stop this bout”.