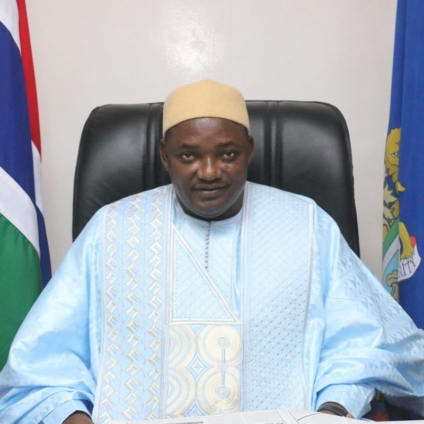 Gambian President Adama Barrow called for national unity on Thursday in Banjul as the West African nation celebrated its 56 years of nationhood since gaining independence from Britain in 1965.

“As always, I plead for national unity, reconciliation and tolerance. The true Gambian nature is marked by warmth, sympathy, generosity and willingness to support one another. Let us apply these values wherever we may be,” he told the crowd gathering in the capital city Banjul.

President Barrow said the independence has brought about political independence and national sovereignty as portrayed by recognition, dignity, freedom and self-determination of a people.

“We need to give a new meaning to national independence through our relationships, interactions and service to the nation within the framework of good governance, speedy development and peaceful coexistence in a nation and government for all citizens,” he said.

Barrow has called against division based on partisan politics, ethnic differences, and asked his people to reject drugs and crimes.