Game of Thrones star getting help for ‘personal issues’ 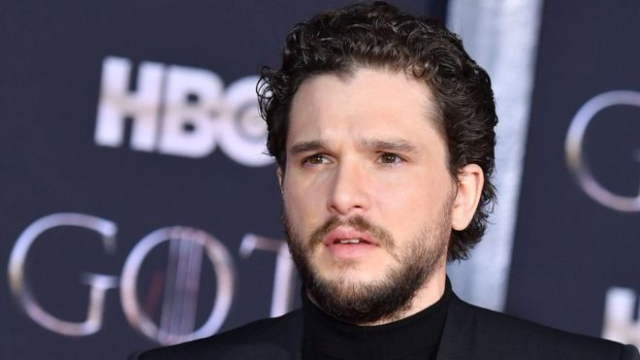 Game of Thrones star Kit Harington has checked into a “wellness retreat” in the US, reportedly for stress.

The actor – who’s known for playing Jon Snow – began getting treatment several weeks ago, according to Page Six.

His publicist told Radio 1 Newsbeat that Kit was working on “some personal issues.”

In a recent interview Kit spoke of “a huge heave of emotion” after filming the final scenes of Game of Thrones, which he worked on for eight seasons.

In a different interview – the 32-year-old actor told Esquire what it was like filming Jon Snow’s final scenes.

“Then they called, ‘Wrap!’ And I just… broke down. It was this onslaught of relief and grief about not being able to do this again.”

A documentary about the end of Game of Thrones called The Last Watch was released on Sunday.

It showed Kit crying when he learned about his character’s ending.

Kit – who was in Game of Thrones from the first episode until the last – told Variety about the effects of working on such an intense show for a long period.

“You have these in-jokes, and these relationships that thrive for eight years,” he explained.

“That’s a long time for those jokes to be going, and they never felt old or tired. In the last season, I was like, these are getting tired now.

“And I think they got tired because we could see the end coming.

“That’s a way of emotionally detaching from something: relationships very slightly starting to strain, just on the edges, just frayed.”

The final series of the show – based on the books A Song of Ice and Fire by George R R Martin – received mixed reviews with more than a million people signing a petition for it to be remade.

Earlier this month Kit’s co-star Maisie Williams discussed how growing up in the public eye, she felt pressure to pretend “that everything is fine”.

Isaac Hempstead Wright, who played Bran Stark, told Newsbeat that from the first day of filming on Game of Thrones they knew the work was “relentless”.

Isaac, who worked on the show from the ages of 11 – 20, was giving his inside story before the final season was shown on TV.