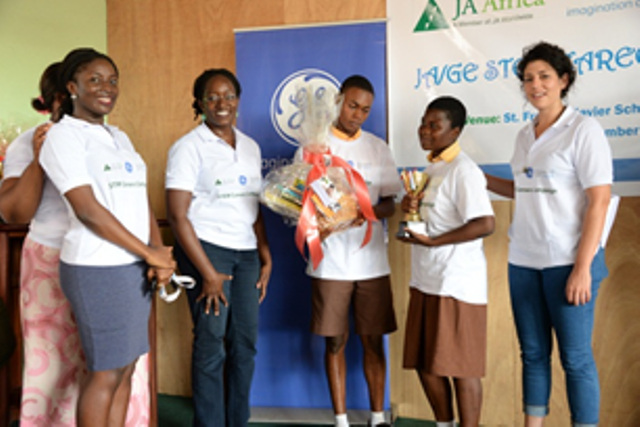 General Electric (GE) in partnership with Junior Achievement Africa (JA) and Points of Light have embarked on a Science, Technology, Engineering and Mathematics (STEM) campaign to raise awareness and stimulate interest in STEM courses among Ghanaian high school students.

The campaign took place at the St. Francis Xavier school hall in Kotobabi, Accra and was attended by over 600 students drawn from the various regions in the country.

GE’s Communications Manager of West Africa, Osagie Ogunbor, said millions of university graduates are ill prepared for the reality of the contemporary workplace either by the nature of the courses they study or the non-suitability of the curriculum.

He said mentorship is key in bridging the gap between classroom instructions. “This is why we are partnering with Junior Achievement 9JA) in Ghana to show the students the opportunities that abound in STEM world and how they need to go about it.

Speaking on behalf of JA Maame Yankah who leads the not-for-profit organisation in Ghana said she was impressed with the turnout of GE and Google volunteers and the enthusiasm of the participating schools.

She disclosed that Google was specifically working on a STEM curriculum to be used by students in primary and junior high schools after the campaign.

GE and Google employees also shared their job experiences and guided students in thinking about sustainable solutions to problems in their communities using STEM.

The students were then broken into teams to identify a problem in their community that can be addressed with a STEM solution.

The best three teams to emerge from the competition would be honoured with an award of book baskets. All participating student received a gift bag containing GE branded materials and JA gifts.