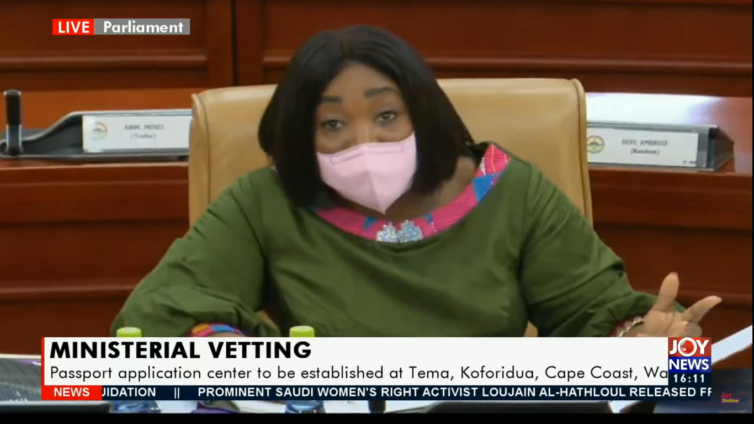 The Minister-designate for Foreign Affairs and Regional Integration, Shirley Ayorkor Botchway has revealed that government through her office, has engaged China and Russia as part of efforts to procure Covid-19 vaccines.

She added that the ambassadors of the two countries have been contacted to facilitate the purchase of the newly developed vaccine for the country.

“The nitty-gritty of procuring the vaccines does not lie within my domain but I have been asked to engage two countries that have come up with the vaccines; China and Russia. I have engaged them at the level of their ambassadors and I have asked them to see what they can do as quickly as possible to ensure that we are able as a country to procure vaccines.

“Because vaccines have become such a hot commodity, even if you have money it is difficult to procure. And on that level I have engaged the ambassadors,” the Minister-designate told Parliament’s Appointment Committee.

Madam Botchway further disclosed that ECOWAS through the West African Health Organisation and African Union through its African CDC are also engaging with manufacturers to procure vaccines for the West Africa region and continent respectively.

“On the level of ECOWAS there are efforts being made, under the purview of the Health Ministers to procure I am told about 240 million vaccines for the ECOWAS-region.

“Also African CDC is also making a lot of efforts to procure for the continent, aside that they are accessing how we can collectively come up with our own vaccines,” she stated.

Already, President Akufo-Addo in his 23rd address to the nation on measures taken to fight coronavirus has stated that the country is expected to receive its first consignment of the vaccines in March 2021.

He indicated that through bilateral and multilateral means, the country by end of June would have procured a total of 17.6 million vaccine doses with the aim of vaccinating the entire population, starting with a target of 20 million people.

DISCLAIMER: The Views, Comments, Opinions, Contributions and Statements made by Readers and Contributors on this platform do not necessarily represent the views or policy of Multimedia Group Limited.
Tags:
Appointments Committee
China
COVID-19 Vaccine
Russia
Shirley Ayorkor Botchwey