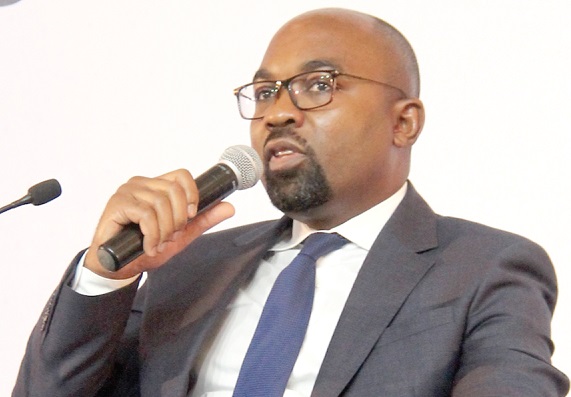 The Resident Representative of the IMF in Ghana, Dr Albert Touna Mama

The International Monetary Fund (IMF) is optimistic that the country will emerge stronger from the current economic challenges that have seen the prices of goods and services soar.

The challenges have also led to difficulties for the government to access the international capital market for funds to finance development.

The IMF said the country had a history of navigating shocks in ways that had built strong buffers and adequate resilience for challenges such as those currently confronting the economy.

The Resident Representative of the IMF in Ghana, Dr Albert Touna Mama, in an exclusive interview with the Daily Graphic, said Ghanaians and the investor community should have faith in the country’s ability to turn the corner and return to the path of growth and stable macroeconomic environment.

Dr Touna Mama, who is ending his duty tour of the country as the lead representative of the IMF, was speaking with the Daily Graphic at a farewell dinner held in his honour last Tuesday.

“I am confident about the country’s resilience. This country has known a lot of shocks and we have navigated those together. There is no reason it cannot navigate the current ones,” he said.

The farewell dinner, co-hosted by the Ministry of Finance and the Bank of Ghana (BoG), was to enable officials of the Ministry and the central bank to show their appreciation to the IMF Resident Representative after four years of service to the country.

Both the Minister of Finance and the BoG Governor described Dr Mama as a true professional whose commitment to the country is unwavering.

Mr Ofori-Atta recounted how Dr Mama had led the fund to successfully implement Ghana’s last programme, leading to an exit in April 2019.

He said Dr Touna Mama had also been instrumental in the ongoing discussions aimed at securing a programme from the fund to stabilise the economy and open up market access.

“Let me also mention that the speed with which he collaborated with us to secure the $1 billion rapid credit facility (RCF) at the height of the COVID-19 pandemic and also his generosity on our special drawing rights quota were truly lifesaving interventions,” the Finance Minister said.

For his part, Dr Addison said the outgoing IMF Resident Representative was not just a working partner but also a reliable confidant and trusted advisor to the BoG and the Ministry of Finance.

“In fact, I must confess that after a 30-minute chat with ‘Alber,’ you will have a bird’s eye view of institutional issues from the perspective of the fund.

“You can always be assured of his varied views on all matters of policy,” the governor added.

Affectionately called ‘Alber’ by the Minister of Finance, the Governor of the BoG and other key actors in the economy, Dr Touna Mama is an economist from Cameroon and was appointed the IMF Resident Representative to Ghana in October 2018 for a two-year period, subject to a one-time renewal.

His tenure was extended by another two years in 2020 and is due to end his duty tour this September.

Unlike previous occasions when IMF funding was tied to conditions, Dr Mama’s tenure was characterised by two unconditional releases to the country to help review the economy.

The first was the $1-billion RCF that was granted the country in 2020 to help fight the COVID-19 pandemic and mitigate its impact on lives.

That was followed by another $1 billion free money that was given to the country as its share of the increased SDRs of the IMF.

Dr Touna Mama’s successor is due to be announced by the IMF later this month, in line with its operational structure.

The Daily Graphic has learnt the successor has already been part of the ongoing discussions to secure a programme to stabilise the economy.

DISCLAIMER: The Views, Comments, Opinions, Contributions and Statements made by Readers and Contributors on this platform do not necessarily represent the views or policy of Multimedia Group Limited.
Tags:
Economic hardships
International Monetary Fund (IMF)