Ghanaian players abroad: Debuts, winless streaks and a final matchup in the MLS

In the English Premier League, Jordan Ayew and his Aston Villa side continued their winless run as they were beaten at home by Watford.

Jordan scored the second of Aston Villa's two goals but his team were unable to match the three scored by the away side who left Villa Park with all three points.

The Ghanaian played the full game for his side.

Leicester City's Jeffrey Schlupp came on as a second half substitute in their game against Manchester United at the King Pow Stadium.
The Ghanaian and his home side drew 1-1 with the Red Devils as Jamie Vardy of Leicester set a new Premier League record by scoring in his last 11 consecutive league games.

Christian Atsu missed AFC Bournemouth's massive comeback game at home to Everton as the Ghanaian continues to recover from injury. Atsu's side came from three goals down to draw 3-3 in their game against Everton.

Jose Mourinho and his Chelsea side played a goalless draw in the London derby.
Andre Ayew and his Swansea City side were once again denied a win as the Welsh club's struggle in the Premier League continues.

The Ghanaian and his side traveled to Anfield where they were denied all three point by Liverpool via a James Milner spot kick. Ayew played the full game for Swansea City.

In the English Championship, Albert Adomah played 63 as his Middlesbrough side won by two goals without reply against Huddersfield Town.

In the Italian Serie A, Ghanaian midfielder Afriyie Acquah played the full game for his Torino side against Bologna. Acquah and his team won their home game by two goals to nil.

Emmanuel Agyemang-Badu featured for his Udinese side in their away game against Chievo Verona. Udinese edged the home side to take all three points with a 3-2 victory. Badu who scored for his side last week played in the full duration of the five-goal thriller.

Isaac Cofie played the full game for Carpi in their 2-1 victory away at Genoa.

Kwadwo Asamoah missed another game for Italian Champions Juventus as the Ghanaian continues to struggle with injury this season.
Wakaso Mubarak made an 81st minute appearance for his Las Palmas side in the Spanish La Liga against Deportivo La Coruna.

The Black Stars midfielder and his team lost the game at home by two goals without reply.

Inaki Williams played 68 minutes for Athletic Bilbao in their away game against Rayo Vallecano. Bilbao won the game by 3-0 via a hat trick by Aritz Aduriz.

Thomas Teye Partey made his long awaited debut for Atletico Madrid in their Spanish La Liga game against Espanyol.

The Ghanaian and Atletico Madrid won the game by 1-0 on home soil.

In the French Ligue 1, Abdul Majeed Waris continues to serve his five-game ban as his FC Lorient side drew 1-1 with GFC Ajaccio.

Adam Kwarasey was in goal for Portland Timbers in their MLS play-off game against FC Dallas. The Ghanaian goalkeeper conceded two goals in the 2-2 draw but his side progressed with a 5-3 aggregate score line.

Harrison Afful played 77 minutes for Columbus Crew in the 1-0 away defeat to New York Red Bulls. The Ghanaian and his team progressed in the MLS play-offs with a 2-1 aggregate score line. Afful and his side set up a tie against Adam Kwarasey's Portland Timbers. 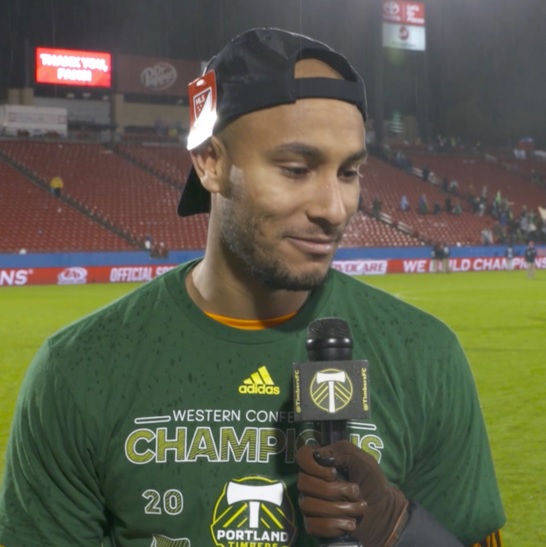 Ebenezer Assifuah played the full game for Sion in their home defeat against Thun in Switzerland.

Michael Essien made his much awaited Panathinaikos debut in the game against Iraklis on Saturday. The Ghanaian midfielder played the full game as his side lost by a goal to nil.