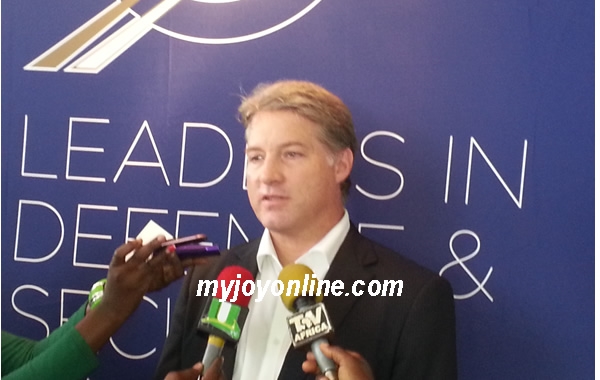 Ghana's waters along the coast of West Africa, may just be the next target for pirate attacks, the head of the Paramount Group, the largest privately owned defence company in Africa has said.

"If one looks at the piracy hotspot map, it does speak a story that leads to the fact that Ghanaian waters would surely be the next place they will come to," James Fisher told Myjoyonline.com at the sidelines of the maiden Coastal and Maritime Surveillance conference currently underway in Accra.

He said given the current state of attacks along the coast of the sub-region, African governments cannot afford not to invest in equipment that will fight piracy.

He said there is real value in protecting the African waters notwithstanding the enormous financial cost to the countries.

Speaking to Myjoyonline.com, the Director, Naval Administration Captain Issah Yakubu said the Ghana Navy with the help of other agencies have managed to protect Ghana's waters. He however revealed that there were over 50 incidents of hijacking of ships on the West African waters in 2013 alone.

Even though Ghana's waters were spared the piracy activities, Captain Yakubu maintained there is the need for improved surveillance across the Gulf of Guinea.

"The focus of piracy used to be in the Indian ocean, specifically along the Somali Coast. But in recent years the focus is shifting to the West African waters, the area we call the Gulf of Guinea.

"Last year alone there were over 50 incidents of ships just being hijacked, taken hostage, their cargo stolen, the crew molested sometimes even killed. Fortunately we (Ghana) haven't suffered any of these insecurities. but then we are not complacent."

The three-day conference which is expected to end Thursday, has brought together chiefs of Navy and Air force across Africa, including global maritime experts to deliberate on the issue of maritime security along the Gulf of Guinea.

Apart from piracy, Captain Yakubu said the security chiefs also have an eye on drug trafficking and cited a recent arrest of a ship carrying 400 kg of cocaine from South America in Ghana's waters.

He also mentioned illegal fishing activities, most of which are carried out by foreign vessels and the Navy's preparedness to deal with some of these infractions.

According to him, the Navy has acquired among other equipment, the Vessel Traffic Management and Information System which is helping to track all ships in the country's waters.

He said there has also been increased collaboration between security agencies in the country as well as inter-governmental collaboration to fight crimes on the West African coast.