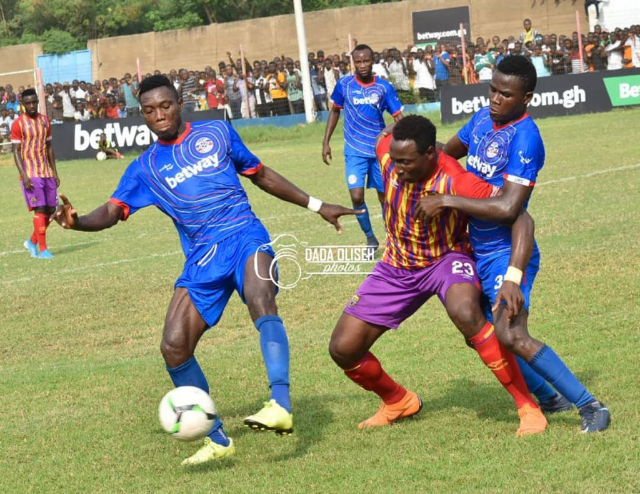 Kotoko wonderkid Mathew Cudjoe set a new club record, however, Yahaya Mohammed seems to be peeling off in the golden boot race.

Mathew Cudjoe announces himself to the league

Teenage sensation Mathew Cudjoe stole the headlines as he broke the deadlock for Asante Kotoko against Ebusua Dwarfs.

With the game locked at 0-0, Maxwell Konadu threw on the 16-year-old in the 80th minute and just three minutes later, he showed his composure as he gave the Porcupine Warriors the lead.

At 16 years 68 days, Mathew Cudjoe has become the youngest player to score a goal in the league for Asante Kotoko, breaking Dauda Mohammed’s record of 16years, 335 days old.

Yahaya Mohammed took a step closer to winning the golden boot race as he grabbed a goal against Legon Cities in matchday 5.

The goal means Mohammed has scored six goals in just five games this season, averaging more than a goal per game.

However, none of 31-year-old’s goals have come away, all of his six goals have been at Dormaa.

Berekum Chelsea keep raising the bar this season. In what should have been a title race between Kotoko, AshGold, Hearts and Aduana at the start of the season, Chelsea have slowly inscribed their names on that list.

Their latest feat is beating fellow title contenders AshiGold and in the process ending a 13-match unbeaten run by the Miners in Obuasi.

Yet to concede this season, one of the standout departments of the Blues has been their defence, preventing AshGold from scoring at home for the first time in 18 games.

Chelsea’s win on matchday 5 means they have equalled their club record for consecutive away wins (3) against Hearts, Kotoko and AshGold

Nii Odoom getting a hang of Phobians

After a baptism of fire in Nii Odoom’s first encounter against Medeama, Hearts have slowly settled.

From losing their first two matches, the Phobians are now unbeaten in their last three matches.

Their latest was a last gasp win against Liberty Professionals at the Carl Reindorf Park.

Hearts of Oak conceded in the first minute but fought till the end scoring two goals in the last four minutes.

Odoom will take credit for this victory because it was his substitute Bernard Arthur who scored the equalizer and set up Kofi Kordzi for the winner.

Hearts will go into the Super Clash against Hearts of Oak next Sunday full of confidence after this result.

Heading to matchday 5, Medeama alongside AshGold and WAFA were unbeaten. Unfortunately for the Yellow and Mauves, their invisibilty cloak was stripped off by a determined Dreams side.