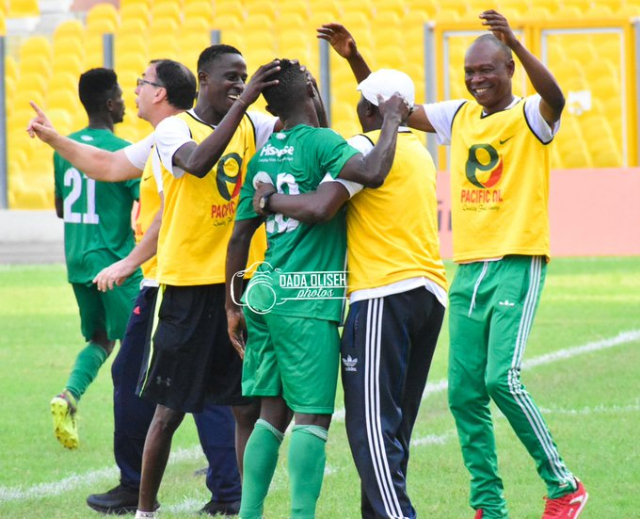 Asante Kotoko got a crucial victory away against Dreams FC as Hearts of Oak dropped points against a big six side yet again.

The title race tightened up as the teams at the top become inseparable.

Here are five things we learned from an stodgy weekend in the top-flight;

Title race getting ever tighter

With nine games played so far, very few would have predicted that at this stage, five teams will be joint top of the Ghana Premier League.

Berekum Chelsea, Medeama, Aduana Stars, AshGold and Asante Kotoko are all currently tied on 17 points at the summit of the table.

Beyond these five teams, Dreams who sit eight on 13 points to some extent could be considered in this dramatic title race which is set to go all the way.

Goals becoming difficult to come by

A week to forget in terms of goalmouth action. Out of the nine games played across board, just 15 goals were scored, an average of 1.7 goals per game.

Only four wins were registered in matchday 9, with the remaining games ending as stalemates.

Two of these stalemates were goalless games showing how blunt this matchday was.

Hearts of Oak have established that they play better away from home this season. However, one other issue that is developing is their inability to win against the big sides.

The Phobians have failed to beat any team currently in the top six of the league this season, drawing three and losing three.

Inter Allies are currently 11th and have been involved in a relegation battle but Victorien Adebayor has been sensational.

The winger is currently the joint top scorer with eight goals and has registered three assists in the seven games he’s played.

Interestingly, the Nigerien has scored against every team he has faced this season bar Great Olympics (8 goals against 7 teams).

No wins after nine games spell trouble for King Faisal who currently sit bottom of the league.

The Kumasi-based club will need to turn things around pretty quickly if they plan on staying in the league.