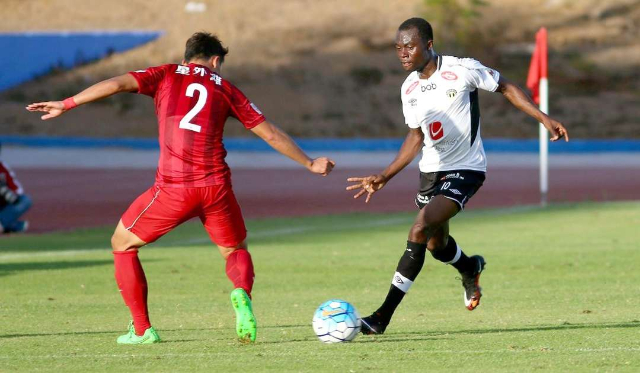 Ghana shared the spoils 1-1 with South Africa at the Moses Mabhida stadium with the Malmo FF and Sogndal stars playing a part of the game.

Both players gave a positive account of themselves in the middle as the Black Stars extended their winless run to four games.

Wakaso Mubarak converted a first half spot kick after Harrison Afful was fouled in the box, however, a better second half display ensured the home side restored parity through Ayanda Patosi on 50 minutes.

Ghana last won a match on June, 5 against Mauritius