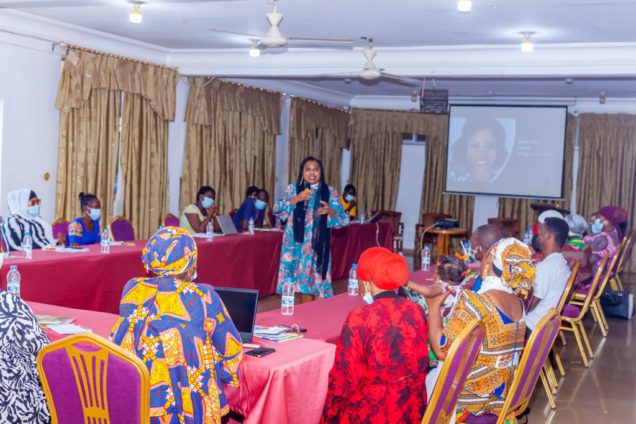 The event, an inaugural interactive forum was on how Innovative Financing can drive the achievement of the Sustainable Development Goals (SDGs) through social purpose organizations and was the first in a series of quarterly events geared at partner organizations of Global Affairs Canada.

It was under the theme: “How social enterprises/social purpose organizations can be positioned as investable enterprises to attract impact investing and venture philanthropy capital for growth towards the attainment of the SDGs.”

The rise of the Covid pandemic has exacerbated the deep inequalities that exist in Ghanaian society and has led to the aggravation of sexual and gender-based violence in Ghana’s most vulnerable communities.

Research and statistics that have estimated the cost of the epidemic on countries estimate its range in the billions to the trillions.

Couple that with the realities of greatly reduced donor funds and a lack of social safety nets.

According to Anatu Ben-Lawal, Project Director of the Women’s Entrepreneurship and  Livelihoods Initiative at Africa Skills Hub, Women and the girl child living in communities that were already on the vulnerability index of Ghana such as the five northern regions and the Volta Region among others have really been adversely affected.

“We have seen a spike of violence against women in these societies and whilst as a civil society community, we work at ensuring some medium of support for these victims it goes without saying that only through the provision of adequate economic initiatives or increasing the earning potentials of women can this canker of gender-based violence be reduced and it is time that the north charted a new path for itself that leads to economic prosperity,” she said.

“That is why we have gathered here to begin a series of discussions on an industrialization agenda that would hopefully drive northern ghana into its overdue age of golden prosperity. If a measure of this was caused by the non-profit sector they can certainly play a role in undoing it,” she added.

The main speaker Salma Abdullai, owner of Amaati Foods, a social enterprise specializing in Fonio production shared her journey of going from being a traditional non-profit to a social enterprise that now employs over 3000 farmers and exports to a number of countries.

He said, “I had to wake up to the realization that an over-dependence on outside resources has been detrimental to my people and has failed in leading to sustainability and I embarked on a path to prove the alternative.”

Other speakers such as Charles Atia of B-diet Foods spoke on the role that diversification and value addition in food value chains played a role in unlocking innovations that will attract investors.

The forum was in direct response to the increasing consensus that private finance is essential for catalyzing development finance and serves as an essential engine for sustainable development.

About twenty-five organizations drawn from the social sector across the northern region participated in the event.