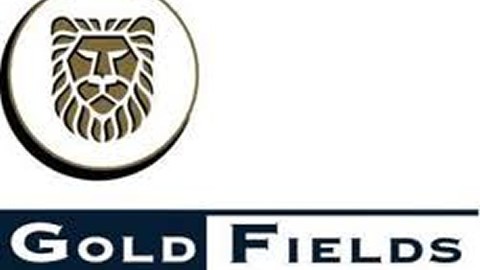 As Gold Fields celebrates 25 years of operating in Ghana, the company headlined this year’s West Africa Mining and Power Expo (WAMPEX 2018), a major forum that attracted over 1,400 mining and power industry professionals, as well as companies from more than 16 countries.

Held at the Accra International Conference Centre, this year’s event was on the theme: “A responsible and sustainable mining industry: A partner for national development”, and was attended by the President, Nana Addo Dankwa Akufo-Addo.

Commenting on the rationale for the sponsorship, Gold Fields’ Executive Vice-President and Head of West Africa, Mr Alfred Baku, said: “We’ve been supporting the Chamber of Mines in hosting this exhibition and conference over the years because we see it as one of the ways of bringing key industry players together to discuss pertinent issues relating to the industry, as well as an opportunity to showcase the sector’s contribution to national development.”

“At 25 years, we look back at what we’ve done, and even more importantly, what more we can do to make an even greater positive impact in our communities and the state.”

With particular reference to Gold Fields’ direct contribution to the national economy, Mr Baku said, “We have paid about US$1 billion in dividends to shareholders since the beginning of our surface mining operations in 1998. Of this amount, the Government of Ghana, having a 10 per cent ownership through a free-carried interest, has earned in excess of US$100 million in dividend payments. During the same period, Gold Fields has paid over US$1.2 billion directly to the government in corporate taxes and royalties.”

Mr Baku argued that Gold Fields’ impact should not only be seen in terms of direct tax and royalty payments.

Job creation
“Our Tarkwa and Damang mines create over 7,000 direct and indirect jobs annually for Ghanaians. Through these employment opportunities, the livelihoods of an additional 70,000 to 100,000 people are protected and sustained year-in, year-out.

“We are currently busy with the upgrade of a 33km public road within our area of operation at a cost of over US$21 million,” Mr Baku added.

He stated that the US$43.7 million which Gold Fields had spent on community development had helped to support farmers, promote education, improve health care, ensure access to potable water and deliver infrastructure to communities.

Gold Fields held an employee launch of their 25th anniversary a few weeks ago in Tarkwa to officially mark the beginning of the celebrations. This was followed by a media launch in Accra on May 28. The celebrations will run throughout the rest of the year and activities will include a special anniversary golf tournament, as well as the inauguration of the 33km road in December.