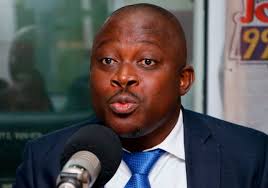 Member of Parliament for Bongo, Edward Bawa has urged the government to review certain tax components in the price buildup for fuel.

His comment follows the announcement by the Ghana Private Road Transport Union (GPRTU) that there will be an increase in transport fares from February 26 due to the frequent upward adjustment in fuel prices.

Speaking on the AM show on Thursday, February 17, Edward Bawa explained that currently, some tax components in the price buildup of fuel have outlived their purpose, hence the government must scrap such taxes.

He said those taxes even when scrapped will not have any significant effect on the services they were meant to fund.

“The question I ask myself today is the fact that now we do not have low prices. Our benchmark revenue that we put in the budget was 62 dollars per barrel. Now we are doing around 90 dollars per barrel so already there’s a windfall in that. We are not producing like 70 barrels per day, we are producing almost 200,000 barrels per day. So if you have these two factors, it doesn’t make sense to still keep the Special Petroleum Tax (SPT) in the buildup. The SPT alone is 46 pesewas so if we were to expunge this in the price buildup you will know the effect it will have on the price.

“If you are already being charged about GH₵120,000 on quarterly basis for sanitation. Why do you then introduce another pesewa per litre on the price buildup for Sanitation Levy? So that can go,” he noted.

Meanwhile, the Private Commercial Transport Operators has declared that effective today transport fares would be increased by 30 percent.

According to the transport owners, the decision is to save transport businesses from collapsing given the frequent upward adjustments in fuel prices.

DISCLAIMER: The Views, Comments, Opinions, Contributions and Statements made by Readers and Contributors on this platform do not necessarily represent the views or policy of Multimedia Group Limited.
Tags:
Edward Bawa
Fuel Price Hikes
Fuel Prices
Fuel taxes