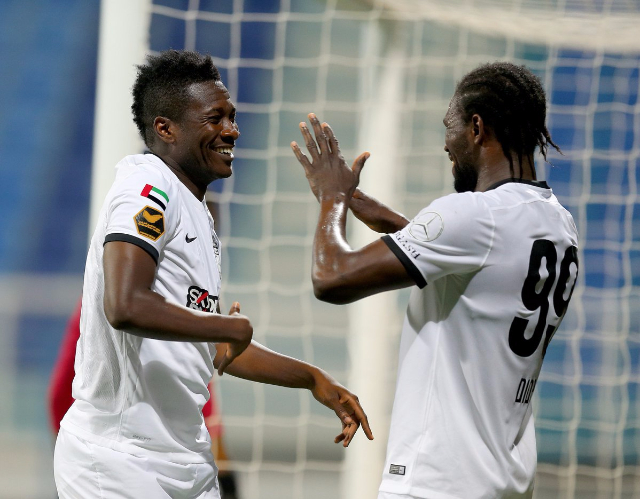 Gyan came off the bench in the 81st minute and needed just two minutes to announce his presence on the pitch.

Ahmed Khalil bagged a brace in the 28th and 76th minutes respectively.