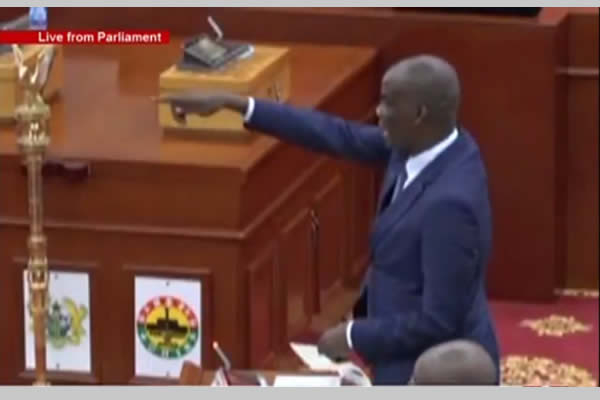 Minority leader in Parliament Haruna Iddrisu, has accused the Finance minister Ken Ofori-Atta of breaching the Public Financial Management Act during his presentation of the mid-year budget review.

According to him, instead of presenting the government's mid-year budget review using economic data for the past six months, the minister used five months.

The Finance minister is enjoined by Article 28 of the Public Financial Management Act, to "not later than the 31st of July of each financial year, prepare and submit to Parliament a mid-year fiscal policy review".

Section C of this article directs the minister to prepare the statement using "an analysis of the total revenue, expenditure and financing performance for a period up to the first six months of the financial year".

But the Tamale South NDC MP said it is this section of the law that has been breached.

"The data the finance minister submitted to this House did not respect the provisions of this law…that is not acceptable," he stated.