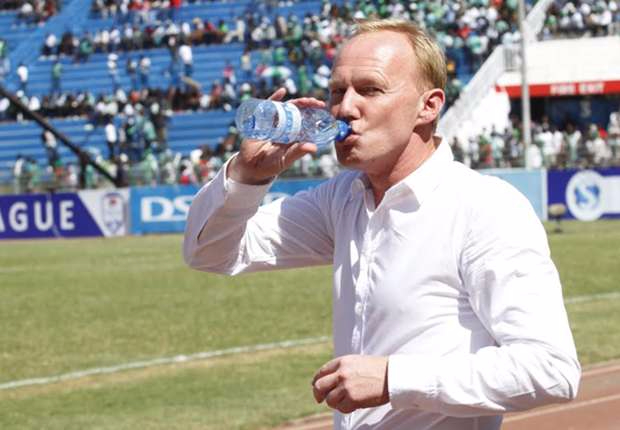 Newly appointed Hearts of Oak coach Frank Nuttal has not been granted work permit, thus the reason for his absence from the Inter Allies game.

Nuttal missed his side’s opening game of the new season. Hearts were held to a boring goalless draw by regional rivals Inter Allies at the El Wak stadium on Monday afternoon.

The Scottish trainer is yet to officially begin work as the manager of the Ghanaian giants following the delay of his work permit which is expected to be granted this week.

According to the public relations officer of the club, Opare Addo "We are working on the work permit and as soon as that is done he will start working,"

The 48-year-old UEFA Pro licence holder and former England U17 fitness Coach could be on bench of Hearts of Oak in Sunday’s League game against Medeama at the Accra Sports Stadium.