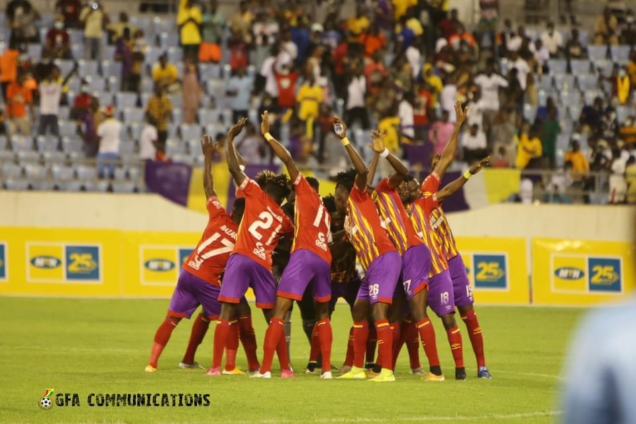 Hearts of Oak Board member Dr Nyaho-Nyaho Tamakloe wants government to consider the possibility of using full stadium capacity ahead of the CAF Champions League assignment of the league champions.

As successful as the season has been on the field, Hearts of Oak suffered more than they wished on the financial side of things.

The impact of the coronavirus meant that government had to close down stadia to fans, till an after-thought where it was decided 25% of fans will be allowed to view games in person.

Many Countries are around the world have put in measures despite the increasing Covid numbers to get full capacity for games.

Many of such countries insist on a proof of double vaccination or negative test 36 hours prior. Ahead of the Phobians’ game with Guinean side Idustriel Dr, Tamakloe wants government to follow suit.

“The numbers at the stadium is a big concern to us. At times I get a bit surprised – by now the ministry of youth and sports should have done something about it. All over the world now people attend matches in their full capacity now, and I don’t see why that can’t happen. The covid protocols can be observed and if that is done, I think we should be allowed to have the full stadia.

Our match with this Guinean side four weeks from now, we can do our best to see if government will allow full capacity attendance and that can be of help to us. We are losing a lot of money, you know football is money now, and we have spent a whole lot money you have no idea and I think it’s time government comes to our aid. The money given by government and even the FA, after this period of chalks that we made, it’s really nothing to write home about. So I think if we are allowed to have full attendance at the stadium, that will be a lot of help for us,” he told Joy Sports.

Hearts return to the biggest showpiece of African football at club level will definitely serve as a chance for the club and players to further deepen their claws in the fabric of being Ghana’s and possibly West Africa’s greatest football side, after reviving themselves from a season which started in the worst possible of ways.

Ahead of the Champions League campaign, Hearts have quietly but swiftly complemented their squad, with former captain of city rivals Great Olympics, Gladson Awako signing for them.

“Awako is another seasoned footballer, he’s had the experience in these cup competitions before so I think he’s a very good catch and I like his demeanor and the way he speaks. When he had the dinner last time, he spoke briefly – he’s a calm chap, that sort of person I like who has a lot of leadership qualities.

Hearts will be hoping to make it to the group stage of the competition as they travel to Guinea for the first leag in Conakry between weekend of 10-12 September, 2021, before welcoming them to Accra on the weekend of 17-19 September, 2021.

The winner in this tie will have to face off with Moroccan giant Wydad Athletic Club in October this year to make it to the next stage.

Enjoy the full video interview below: