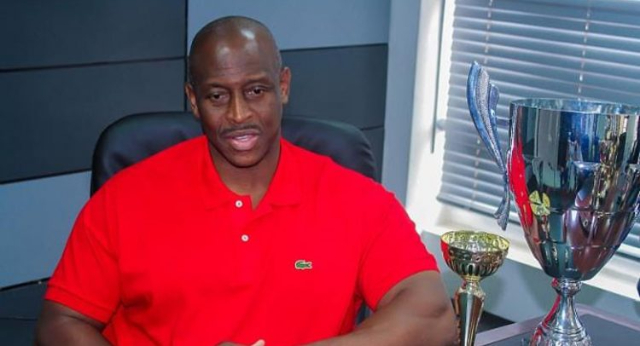 Former Asante Kotoko Board Chairman Herbert Mensah has refused to explicitly pitch himself as Kwesi Nyantakyi's successor as Ghana Football Association president but ''interested'' in returning to the sport in future.

The Ghana Rugby President's name has been on the lips of some football pundits who have looked his direction in suggesting leadership options for the Ghana FA should Nyantakyi exit in 2019.

Nyantakyi has openly declared that he will not seek re-election when his tenure expires in two years.

''Somehow, somewhere I will quit, I believe that a time will come that I will have to put down my tools, take off my boots and probably put on a different boot,''

''I have announced already that after the end of my current term, I will not contest.'' The CAF vice and FIFA council member said on Joy News show UpFront two months ago.

And since then, potential candidates continue to show up. Former Ghana FA Vice President Fred Pappoe has said ‘’it's fairly possible [he would contest]''

But Randy Abbey, a former communications director of the FA has ruled himself out as a candidate for the Presidency.

However, Herbert Mensah says he would love to be in charge of the Association, but questions ''if the systems are really ready to deal with someone of radical thought?''

‘’I have a track record in terms of managing people, in terms of dealing with global capital and seeking change without compromising certain value systems, the answer is not always yes.’’

Herbert Mensah has a wealth of experience in football administration, having served as Board Chairman of Asante Kotoko and rival club Ashanti Gold.

He is credited with making a major contribution to changing the face of Ghanaian football, establishing the SOS (Strategic Outsourcing Solutions) network which provided management services to football and continues to be a link between grass-roots sport and the professional world.