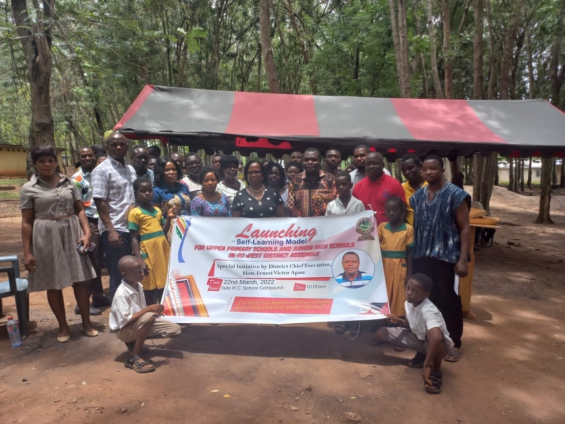 The initiative is to encourage children to learn on their own so as to improve the fallen educational standards in the district.

The initiative which is under the District Assembly and District Education Directorate is expected to be piloted in 20 schools for three years before being implemented in all the 47 basic schools in the Ho West District.

Speaking to JoyNews on the sidelines of the launch, Mr Victor Apau stated that investigations carried out show that many children have lost interest in learning on their own.

According to him, self learning is a responsibility that helps to improve on one’s knowledge, therefore, should not be taken lightly.

Following its launch, pupils from Basic 4 to Junior High School will return to school at 6 -7pm three times in the week. Teacher volunteers will be rotated weekly to supervise the children solve questions, zoom into topics that will be discussed the following day and do their assignments.

The DCE stated also that volunteer teachers will be cared for to ensure they are committed to the program.

According to Mr Apau, the issue of loitering at night would be a thing of the past.

The District Director of Education, Mrs Celestine Korsi-Agordo, commended the Assembly for introducing an impressive initiative.

She assured the DCE and parents as well as teachers of her support to making sure that the initiative becomes fruitful.

Some of students who spoke to JoyNews expressed excitement and pledged to work towards its implementation.