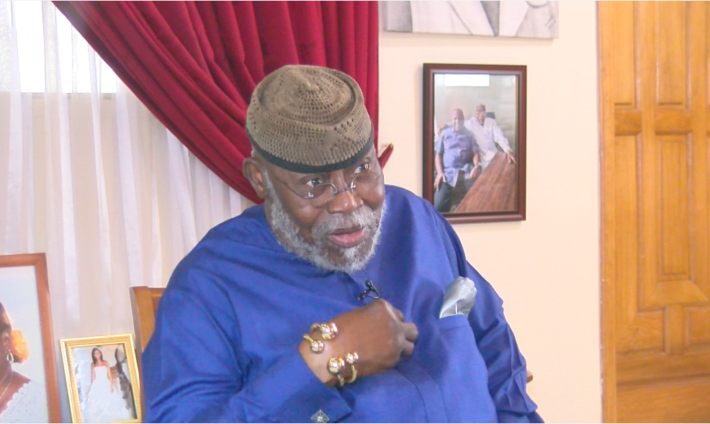 A statesman and politician, Dr Nyaho Nyaho-Tamakloe has expressed discontentment about the procedure that investigative journalist Anas Aremeyaw Anas uses in airing his documentaries.

His comment comes after Anas Aremeyaw Anas aired his documentary ‘Galamsey Economy,’ which featured the Minister of State at the Ministry of Finance, Charles Adu Boahen.

Mr. Adu Boahen is said to have told the undercover investigators that Vice President, Dr Mahamudu Bawumia needed $200,000 as an ‘appearance fee’ before meeting with supposed investors.

The Minister was also reported to have said that the Vice President would demand some contracts from an investor for his siblings to get his backing and influence in establishing a business in Ghana.

According to the stalwart of the New Patriotic Party (NPP), he does not believe Anas Aremeyaw Anas is actually practicing investigative journalism.

Speaking to JoyNews in an exclusive interview with host Benjamin Akakpo, Mr Nyaho-Tamakloe asserted that the first most important thing that Anas should do is to release his documentary to the public.

However, Mr Nyaho-Tamakloe said Anas Aremeyaw Anas, after working on this documentary, then gives it out to the government first before airing it to the public.

“The first thing he should do is to release it to the public, in the public hall or something.

“But here we have a situation where this particular investigative journalist, when he comes out with something, makes sure it’s seen by the leaders of the country before it gets to the public.

The statesman indicated that the last investigative documentary of Anas featured the President and his vice but nothing has been done about it.

“His last investigative work, the names of the President and the Vice President came in. What has happened? We should stop the sort of thinking that the people of this country are fools”, he added.

DISCLAIMER: The Views, Comments, Opinions, Contributions and Statements made by Readers and Contributors on this platform do not necessarily represent the views or policy of Multimedia Group Limited.
Tags:
Anas Aremeyaw Anas
Dr Nyaho Nyaho-Tamakloe