I have an over 20-year legacy to protect, I can’t rig GIMPA SRC elections – Samini reacts - MyJoyOnline.com

I have an over 20-year legacy to protect, I can’t rig GIMPA SRC elections – Samini reacts 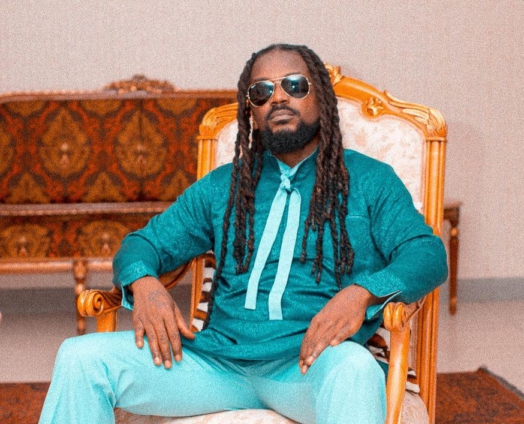 Amidst rumours and allegations of a possible rigging prior to the GIMPA SRC elections, Dancehall artiste Samini has reacted, stating that he will not be involved in any malpractices.

He spoke with Joy Entertainment’s Doreen Avio on ‘Hitz News at 1’, Wednesday, June 22, 2022, mentioning that getting involved in the elections is all part of a learning process and that he is not surprised.

Samini disclosed that he is not perturbed by the allegations from his opponent. He shared his observations, saying, “I didn’t know student politics ran this deep, till I accepted to run, but I realize that it’s all politics so when your opponent finds anything that can distract you, they’ll use it, because it’s a weapon”.

However, the Dancehall heavyweight has a deeper reason why he will not be involved in any election malpractices whatsoever. He intimated, “I have an over 20-year legacy to protect and I won’t use GIMPA SRC office to soil it, that’s going to be unfortunate”

These developments come after a section of the student body expressed their disappointment over the disqualification of an aspirant, Fred Amese, of the law Faculty from the Presidential race.

Known in real life as Emmanuel Andrews Samini, the artiste, now a current student of Ghana Institute of Management and Public Administration also reacted to rumours about the school’s authorities wanting to ride on his influential status to project and sell the school.

“Would it be a bad strategy if anybody wants to do that, even though I wouldn’t say that’s a fact that I know?”, he quizzed.

According to him, he has a credible reputation, and does not see anything wrong with a school’s interest in aligning themselves with a reputable brand, albeit legally.

Background: Fred Amese, a student at GIMPA who has ambitions of becoming the President of the school’s SRC was disqualified from the race, after the vetting committee revealed that he scored less than 50%. This did not sit well with Fred and his team. His campaign manager Felix Sosoo has insinuated that a poll conducted revealed that his candidate stood a better chance of winning the elections ahead of Samini.

Fred Amese’s team therefore sought an injunction on the elections, which was also refused, leading a section of the students to believe that “there is a grand scheme to eliminate Samini’s major contender from the race”

Joy Entertainment came across a document purported to be an order to squash Fred’s disqualification. He has also filed for a halt in the electoral processes while the case is pending.