I struggled with alcohol and nicotine addiction - Perez Musik - MyJoyOnline.com

I struggled with alcohol and nicotine addiction – Perez Musik 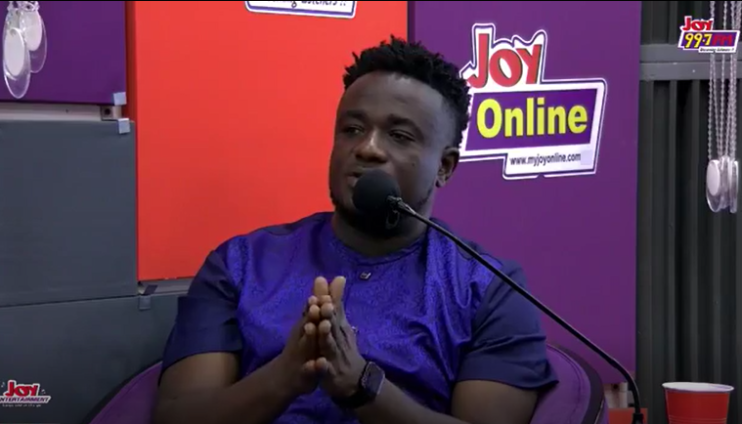 Perez Musik, born Frank Tagoe, has revealed that he battled with alcohol and nicotine addiction for years until his decision to give his life to Christ.

According to the Blema Tesaa hitmaker, growing up, he did not have people advising him, hence, the numerous mistakes he made in life.

“I’m a typical Abossey Okai boy. I grew up in an area where you can easily drift – I mean everything you need to do to be a bad boy is around you and it was not like my mum was always home. There was freedom especially during vacations. You wake up in the morning, eat breakfast and go wherever you want to go. Nobody cares.

“You can come back later to eat your lunch and continue with the roaming. The only thing was to make sure that you got home by 7pm. I had the opportunity to do everything negative that a child could do but there was always this thing that kept a hold on me,” he told George Quaye on JoyFM’s Showbiz A-Z.

He said as a result, he picked up certain bad habits like smoking and alcoholism.

“I have struggled with addiction to alcohol, nicotine, and smoking for so many years and it has been a battle,” he said.

“I have been through a couple of stuff growing up as a young man. I have made a lot of wrong decisions. I always say that some of us were not fortunate. We did not have strict uncles and aunties who had lived life to an extent that they could actually guide us on what to do and what not to do. So we had to make mistakes and correct them by ourselves, keep the good things we learn and unlearn the bad things we learnt,” he said.

He noted that in spite of his wayward lifestyle back then, he always felt a force pushing him away from these habits.

The Hewale lala hitmaker, however, revealed that the best thing that ever happened to him was his decision to give his life to Christ.

“Back then I used to club a lot but one Sunday after clubbing, I woke up and told my mum that when they were going to church that afternoon I would go with them. She used to attend this fellowship in the afternoon and I don’t know why but all of a sudden, I wanted to go with them.

“She was shocked because it was unusual. They even thought I was joking.

“The service started around 5pm but around 3pm I was ready and I followed them to the fellowship. I did not even know what I was doing then. Even after that day I went back to drinking [alcohol] but that service put a certain seed in me.

“I went there a second time and this time around, they were praying. I told God that ‘I sense that you are around me and you want to do something. If truly you want me to work for you let all the Ministers around lay their hands on me and pray for me.’ It didn’t even take five minutes and that happened,” he recalled.

“I was shocked…after they prayed for me, one of them told me that God had delivered me from a certain disease so I should give my life to Christ and that’s where the journey began.

“It has not been a smooth journey but I just thank God for the grace upon my life because every time he finds a way to pull me out of the mud,” he said.