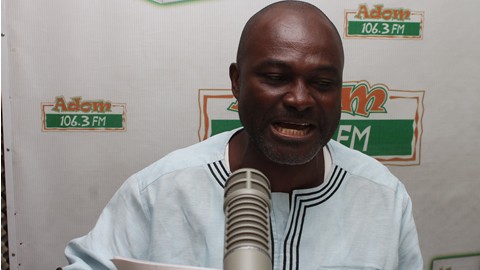 The Member of Parliament for Assin Central, Mr Kennedy Agyapong, has threatened to reveal how the New Patriotic Party (NPP) won election 2016.

In a television interview on Net2 TV, Mr Agyapong said some party members were conspiring to bring him down, shut him down and disgrace him.

In what seems to be the angry side of the politician, Mr Kennedy Agyapong stated that some powers within the party want him to shut down – a pressure he can never succumb to and that if they dare him, he will expose the party.

In the strand of his outbursts, the 'say-it-as-it-is' politician revealed how much he had invested in the party especially in the lead up to the 2016 elections. He sounded so angry, issuing threats of revealing some secrets in the party.

NPP should dare me like they did to Alfred Obeng, I’ll disgrace the party. Do they know how much Alfred Obeng contributed to the party prior to 2016 election…that guy Nsenkyire, did he know the money I brought to Kumasi was given to me by Alfred Obeng, Mr Agyapong said.